The government has passed an ordinance to protect medical staff, doctors, Asha workers and all other frontline Covid-19 workers in the wake of the recent incidents of attacks on them 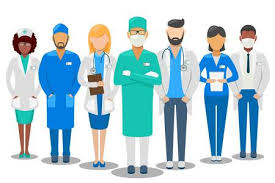 The government has passed an ordinance to protect medical staff, doctors, Asha workers and all other frontline Covid-19 workers in the wake of the recent incidents of attacks on them. This comes soon after strong objections were registered by various medical associations including the Tamil Nadu Chapter of the Association of Healthcare Providers of India (AHPI - TN) urging the government to take strong action against perpetrators indulging in violence against medical professionals and their family members. Members of the AHPI-TN had requested that the Union Government enact a law with deterrent value for violence against the medical fraternity.

In a statement issued yesterday by the AHPI-TN President, Dr. S Gurushankar, he had requested the government to take swift pre-emptive action to make healthcare staff feel more secure, allowing them to dispense their duties without the fear of any ostracism or victimisation. In his earlier pleas which he has repeatedly made to the government to enact such a law, he has noted that more than 75 percent doctors across the country have faced some form of violence while discharging their duties and many even died after being assaulted in such a manner.

Commenting on the matter, Dr. S Gurushankar, President, Association of Healthcare Providers of India, Tamil Nadu Chapter (AHPI-TN), said: “We heartily welcome the fact that the government has taken cognizance of our plea and passed this ordinance. Incidents of violence against doctors were being reported almost on a daily basis across the country, even before COVID-19, with some resulting in grievous injuries. After the recent incident of denial of burial to Chennai based neurosurgeon Dr. Simon Hercules, who died after contracting coronavirus disease, the medical fraternity had reached the edge and was getting demoralised for not even being acknowledged for all their selfless work. This amendment will add much needed muscle to the Epidemic Diseases Act, 1897 and finally protect doctors and the medical community from such unwarranted violence.”

Dr. Gurushankar has reiterated many a times in the past, even going to the extent of filing a petition in the Supreme Court to direct the government to pass laws to curb violence against doctors, that there is an urgent need to understand that vandalism and violence in a hospital or clinic is a criminal offence and any civilized society should have low tolerance for such heinous acts. “Till today, social and political leaders, instead of condemning such violence against doctors, tried to justify the situation. I am so relieved that finally, there is an ordinance in place that will provide adequate protection to doctors and their safety is no longer a trivial issue. However, this is only limited to the time while COVID-19 is prevalent. Once again, I will urge the government that they pass a law which goes beyond just epidemic situations and is a long-standing law providing adequate safety cover to members of the healthcare fraternity at all times,” he said.

As per the ordinance, anyone who attacks or discriminates against corona warriors, will face strict action, including a jail term ranging from 6 months to 7 years and a penalty up to Rs 5 lakh, depending on the gravity of the case. Such crime will now be cognizable and non-bailable and investigation will be done within 30 days. Accused can be sentenced from 3 months to 5 years and penalised between Rs 50,000 to Rs 2 Lakh. If vehicles or clinics are damaged, then the accused will have to shell out a compensation amounting to twice the market value of the damaged property.