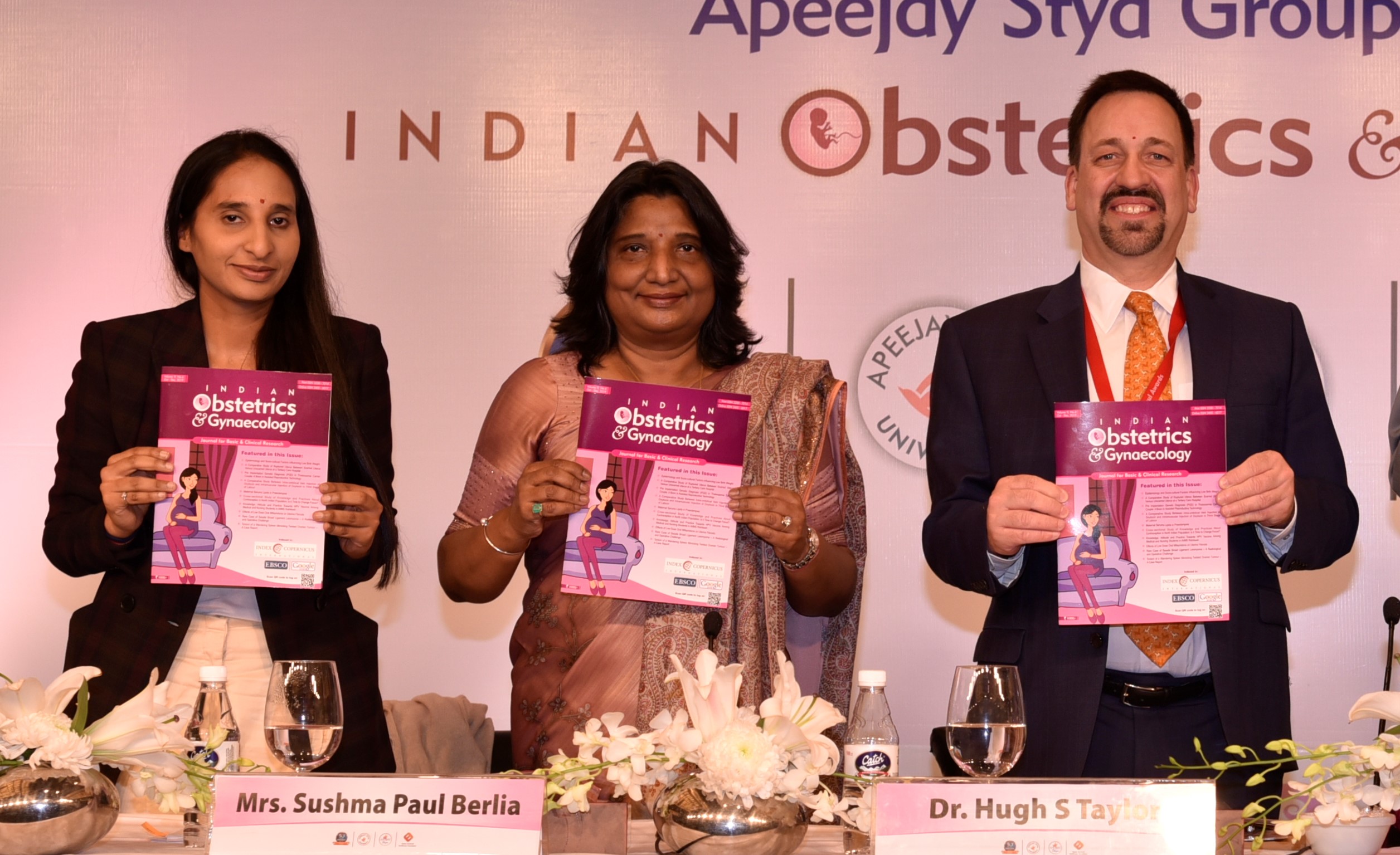 The Apeejay Stya and Svran Group organised the 8th Indian Obstetrics and Gynaecology (IOG) Dr Stya Paul Awards which have been instituted to recognise outstanding contributory articles published in the IOG Journal for Basic & Clinical Research.

The highlight of the event was an oration lecture on the topic ‘Generative Soil for a Fertile Seed’ by Dr Hugh S. Taylor, Professor of Women’s Health and Chair of the Department of Obstetrics, Gynaecology and Reproductive Science, at the Yale School of Medicine in New Haven, Connecticut. He is also Professor of Molecular, Cellular and Developmental Biology at Yale University.

Sushma Paul Berlia said, “Infertility is an emergent issue in India. Nearly 27.5 million couples in India  suffer from infertility. Dr Hugh Taylor elaborated some of the most critical issues related to infertility in his oration lecture which in turn will be of immense enrichment value for the medical fraternity and through its cascading effect on society at large.”

Mrs Berlia also pointed out that the real reason for setting up the commemoration awards in the name of Dr Stya Paul is to go beyond remembering his illustrious life by cherishing the values he stood for and to keep on taking them forward.”

She added that along with education, Dr Stya Paul was always deeply involved in supporting healthcare issues and the welfare of women & children.

Dr Hugh S. Taylor, in his oration lecture, dwelled on one of the most challenging issues in the management of infertility, i.e. defective endometrium (uterine lining). He explained that a healthy seed is just not enough to get a healthy plant unless grown on a fertile soil, similarly a healthy embryo needs a receptive endometrium for successful implantation. He went on to elucidate on how to achieve the same.

The IOG Dr Stya Paul Awards were instituted for the authors of Best Papers published in the IOG Journal under three categories: Best Case Report, Best Review Article and Best Original Study. Since the last two years, a slew of new awards have also been added, including the ‘Lifetime Achievement Award’ and the ‘Distinguished Chair Award’.