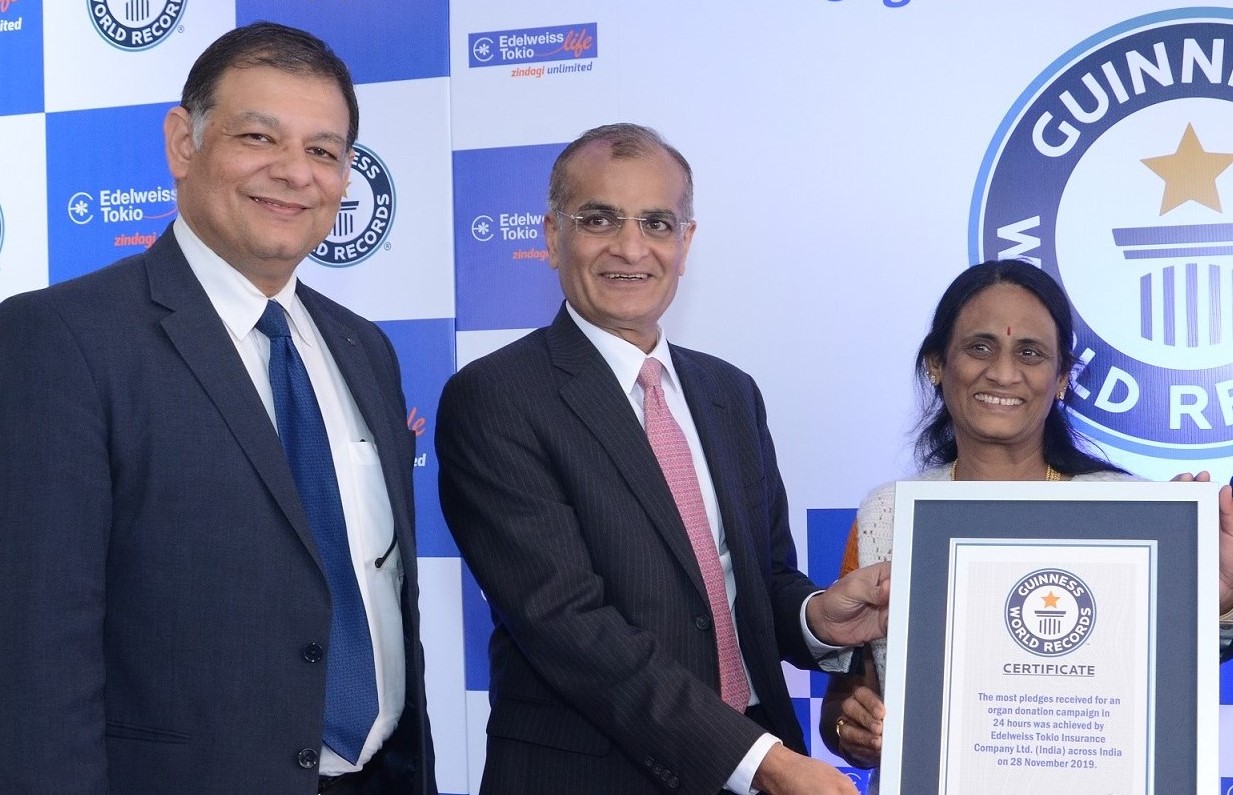 Edelweiss Tokio Life Insurance has created a new GUINNESS WORLD RECORDS title for collecting the highest number of pledges for organ donation in a single day, following an impactful awareness drive throughout November.

While the awareness drive garnered over 1 lakh pledges during the month, the insurer created history by collecting 54,626 pledges in a single day on November 28, 2019.

Commenting on the initiative, Sumit Rai, MD & CEO, Edelweiss Tokio Life Insurance said, “It gives us immense satisfaction that we have created the right platform to educate people and facilitate their decision-making towards organ donation. The support we have received for this cause, has been unprecedented. Edelweiss Tokio Life Insurance will continue to create awareness on this cause to make people’s #ZIndagiUnlimited through this initiative.”

Edelweiss Tokio Life observed November as Organ Donation Awareness Month, focused on educating, and mobilising support for this cause. Throughout the month, the insurer conducted informative workshops in educational institutions, and maximised reach through its 4,000-strong workforce. For this cause, the insurer also collaborated with MOHAN Foundation, an NGO actively working for organ donation, and Actor Rahul Bose who has already pledged his organs.

Rashesh Shah, Chairman and CEO, Edelweiss Group said, “Edelweiss has always nurtured a philanthropic culture of giving back to society. Increased awareness in Organ Donation is the need of the hour in India, given that many don’t understand its significance or processes surrounding the subject. This cause has brought the Edelweiss Group together as one, with our employees across different business groups coming together to make this noble cause successful.”

Given the dismal donation rate in India, the insurer also conducted a study on the factors affecting people’s decision-making process. The research titled ‘Life After Life: State of Organ Donation in India,’ brought to light some interesting trends, myths and beliefs that people have regarding organ donation. The research shows that 80% of the respondents are aware about the concept of organ donation, but only 35% understand the process of how to donate.