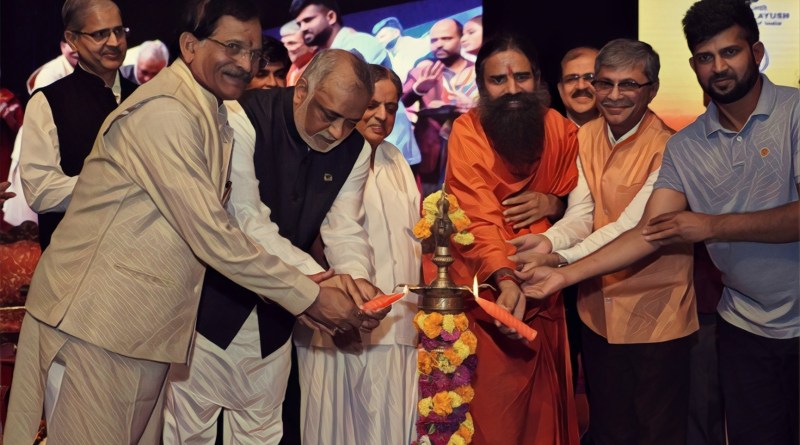 In his inaugural address the Minister said that the Government has introduced several schemes for promotion of Yoga among the people of our country. He said that the rewards of Yoga are so immense that people are easily motivated to adopt Yoga in their lives once they learn about its benefits. The Minister further said that by introducing Yoga in the schools in the curriculum of physical education, generations of healthy Indians can be raised and crores of rupees now being spent on medical care can be saved.

Shripad Naik informed the gathering the Ministry has constituted a Yoga Certification Board to address to certify individual trainers and accredit Yoga Training institutions. He said the Board’s programme is essentially a Voluntary scheme of Certification and will increase quality and standards in Yoga teaching and promote Yoga as a career skill. The Minister added “as many of you are aware Yoga is an integral part of the 1.5 lakh primary health care centres under AYUSHMAN BHARAT. This will make learning Yoga and practicing it easier for the people all across the country”.

On the first day of the conference, technical sessions on ‘Yoga for heart care; emerging trends and researches’, ‘role of Yoga in preventive cardiology’, ‘Role of Yoga in the management of Hypertension’ and ‘Yoga for coronary artery disease’ were discussed.

During the second day of the conference, technical session on ‘physiology and integrative cardiology’, ‘Yoga for Cardiovascular health’ were organized. A Symposium on ‘need for promotion of Yogasana as sports’ and presentation of research papers on ‘Yoga for heart care; emerging trends and researches’ were also be organised.

The Pre-conference events such as Yoga walk, mass Yoga demonstration, CME programme etc were planned to project the health benefits of Yoga and healthy lifestyle.

This conference is fifth in the series to commemorate the unanimous adoption of Resolution by the United Nations General Assembly during its 69th Session for observing 21st June as International Day of Yoga. After the UN declaration of International Day of Yoga since 2014, overwhelming interest towards Yoga has been witnessed from the international communities across the globe. The tremendous success of the International Yoga Conferences organized by the Ministry of AYUSH during last four consecutive years is evident from the participation of increasing large number of Indian and foreign delegates.

Indian Missions in the countries with whom the Ministry of AYUSH has some kind of cooperation such as MoUs, Academic Chairs, Information cells, etc. have been requested to nominate two prominent Yoga experts or enthusiasts from the country/countries under their jurisdiction, who would participate in the Conference to enable them capture and understand various dimensions of Yoga, and could help them to further propagate the same in their respective countries.