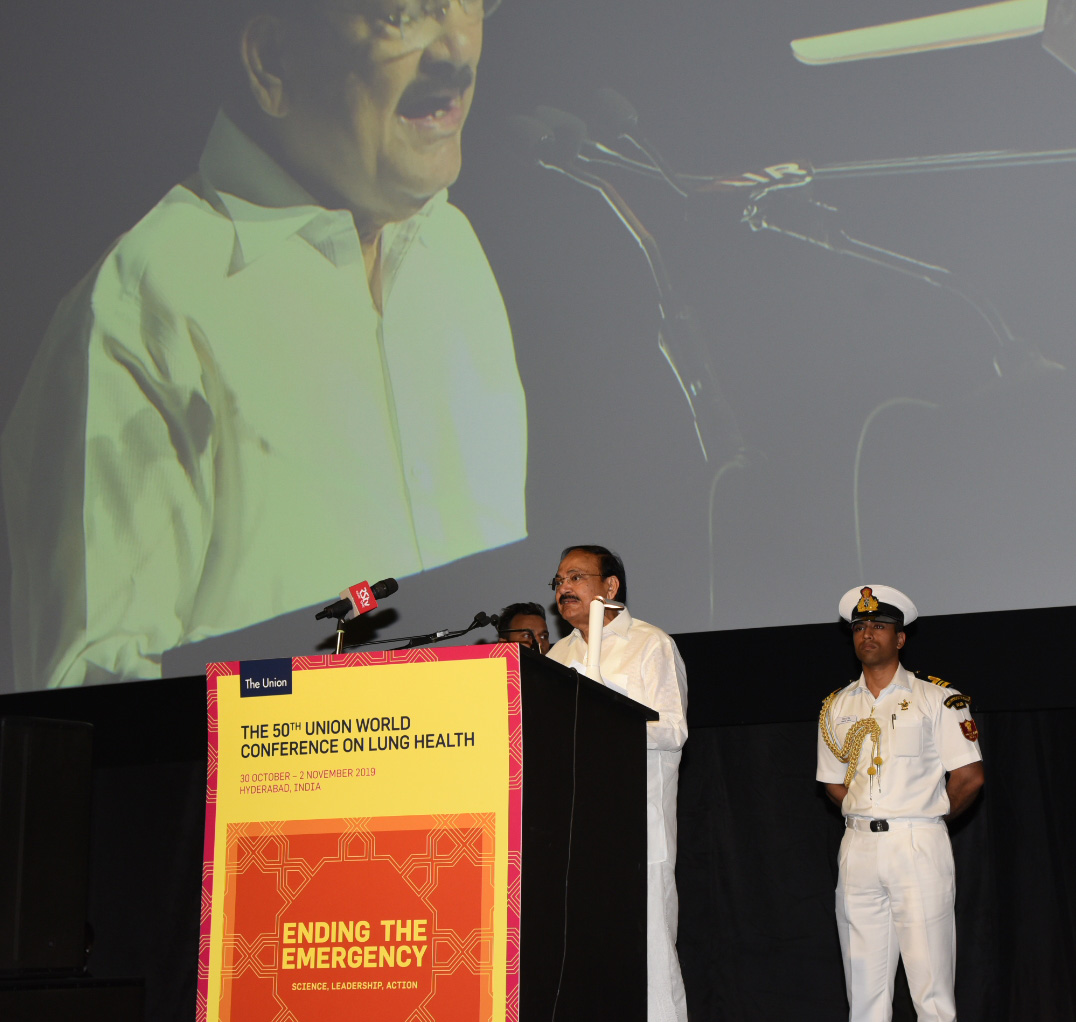 The Vice President of India, M Venkaiah Naidu has called for developing a new and long-lasting vaccine to combat TB, which was one of the top 10 causes of death worldwide in 2018.

Inaugurating ‘The 50th Union World Conference on Lung Health’ in Hyderabad,  he referred to the contention that the effect of BCG vaccine being  administered for TB does not last for many years and said there was an absolute need for a booster vaccine or a new vaccine that is effective and long-lasting. The four day Conference is being attended by the delegates from 130 countries.

He expressed happiness that the Indian Government has initiated trials for testing new candidate vaccines.

Calling for addressing various causes that spread TB, including poverty and overcrowding, Naidu said that prevention was the most effective way to control the spread of TB and said that more efforts were needed in that direction. Lifestyle disorders such as diabetes also increase the risk of TB, he pointed out.

Stressing the need for improved diagnostics to detect TB in organs other than lungs, he said that TB treatment saved around 58 million lives globally between 2000 and 2018 and the TB mortality rate fell by 42% during that period.

Expressing concern over the rising incidence of respiratory and lung-related diseases due to air pollution, he observed that exposure to ambient air pollution could lead to reduced lung function, respiratory infections and aggravated asthma.

Stating that Government of India was in the forefront of global action to end the emergency on account of the prevalence of Lung Disease and Tuberculosis, he said that the Prime Minister, Narendra Modi, has pledged a firm commitment to eradicate TB by the year 2025

Referring to the positive outcomes of initiatives such as the Revised National TB Control Program (RNTCP) that brought down TB incidence in India at an annual rate of 1.7%, the Vice President said Public and Private sector must work together to reach out to more TB patients and provide them affordable treatment.

Describing Telangana as a dynamic and growing hub for innovative medical science and biomedical industry, the Vice President called upon the business leaders in the state to play a more pro-active role in supporting Research and Development in treatment, care and prevention of TB.