Proposes a longitudinal Study to asses benefits of ENDS 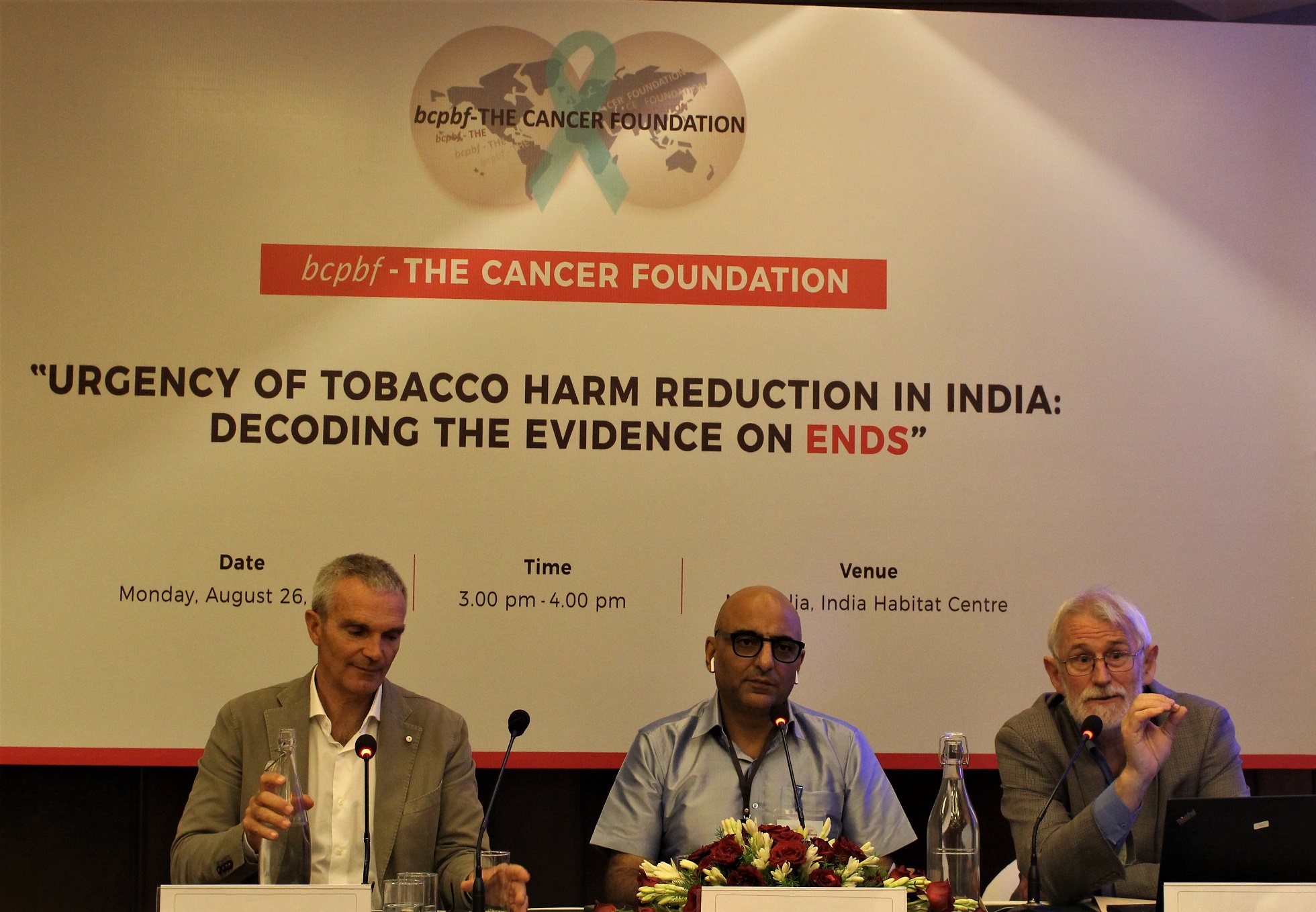 During the meet, experts shed light on the existing statistics that tobacco is costing India many lives and nearly 1.3 million Indians (approximately 25,000) deaths per week, are related to tobacco. Smoking is the number one cause of preventable death and disease worldwide, killing one out of every two smokers. The experts highlighted that the cohort studies on which the ICMR white paper based its recommendations show a high probability of bias from sources such as combining ‘subjects’ with or without a quit motivation. They further highlighted that it was difficult to understand why the ICMR’s white paper recommends a complete ban on e-cigarettes for the ‘greater interest of protecting public health’, while the traditional cigarettes continue to sell in the market.

Policy making should be based on scientifically sound evidence and where such evidence is in nascent stages, efforts must be focused on speeding up or encouraging research. In the light of this need, Dr. Kaul also announced the commencement of a nation-wide, cross sectional, randomized study on Indian subjects, led by bcbpf-The Cancer Foundation.

Building up on the disease burden caused by tobacco consumption, Dr. Sameer Kaul, Sr. Consultant Surgical Oncology & Robotics, Apollo Cancer Institute & Founder President, bcbpf-The Cancer Foundation, New Delhi, said “It is important to weigh the science and document the well-known damaging effects of smoking against the risks and harm reduction potential of e-cigarettes. Without regulating combustible smoking that is significantly more harmful, banning e-cigarettes that has proven social, economic and health benefits over combustible cigarettes, is not justified. ENDS present an excellent opportunity for India to accelerate a decline in smoking rates and adult smokers who want to quite but may be unable to, have the right to be able to access harm reduction alternatives such as ENDS”.

Furthering the on-going discourse on the subject worldwide and the policy scenario in India, three renowned global experts including Prof Riccardo Polosa recently co-authored and published a scientific evidence based critical appraisal of the white paper, in the Indian Journal of Clinical Practice.

Prof. Riccardo Polosa during his presentation at the press meet, called out the need to better evaluate the existing evidence on ENDS and said “ICMR in its white paper presented an uncritical evaluation of evidence gathered from poor quality studies. Through a robust appraisal of the reports and scientific data featured in the ICMR report, we aim to provide access to information, and with it, health literacy to all stakeholders. In our endeavor to support policy makers towards constructing a better future for India, a detailed, critical appraisal of all existing evidence on ENDS, was imperative. With our in-depth review, we hope to convince ICMR to reconsider their recommendation for a complete prohibition of the category”.

Globally, Tobacco Harm Reduction movement is picking up pace and many scientific institutes of repute have acknowledged that ENDS pose significantly less risk to health compared to traditional cigarettes or bidis. 69 countries have regulated ENDS, including 34 out of the 36 OECD countries. Giving examples of specific countries, the experts mentioned countries like the UK and Canada which have chosen to regulate ENDS alongside cigarettes and tobacco products. UAE, on the other hand, which had banned the category, recently overturned the ban after taking into consideration the increasing medical evidence.

Adding to the discussion at the press meet, Prof. Ron Borland, while sharing his views, said “We believe that e-cigarettes represent an important tool for smokers to reduce their risk of smoking-related illness, and e-cigarettes can be a tool for public health to promote tobacco harm reduction. This opportunity to improve public health will be lost if India bans e-cigarettes, and with no new strategies the tobacco epidemic will continue. We want to encourage scientific authorities throughout India to review the available evidence with objectivity, fairness and an open mind, assessing both the potential benefits, risks of a new policy implementation and its potential impact”.