Over 62 specialists in nicotine, science, policy and medicine urge ICMR to reconsider its recommendations on ENDS 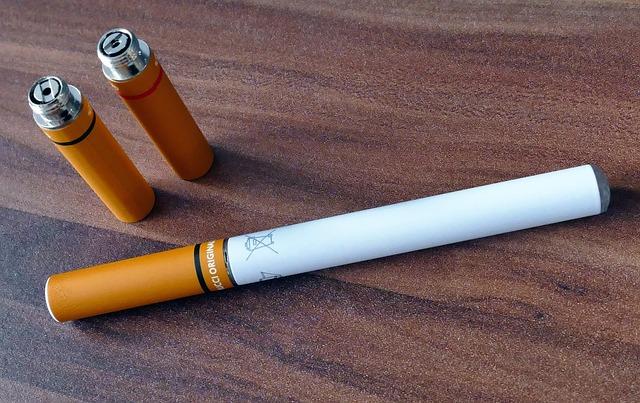 Sixty-two leading specialists in nicotine science, policy and medicine have written to the Director General of the Indian Council of Medical Research (ICMR) in response toICMR’s “White Paper on Electronic Nicotine Delivery System”, which was published on May 31, 2019. The experts’ letter draws upon the findings of an elaborate Critical Appraisal of the Scientific Evidence cited in the ICMR White Paper and challenges ICMR’s radical recommendation of complete prohibition on ENDS or e-cigarettes, claiming that these views are in contradiction of the broad consensus amongst the scientific community. The letter, signed by experts from 20 countries, including India, urges ICMR to reconsider its recommendation of banning e-cigarettes.

The Critical Appraisal has been co-authored by renowned global experts Konstantinos Farsalinos of National School of Public Health, Greece, Riccardo Polosa of the Department of Clinical and Experimental Medicine, University of Catania, Italy, and Dr. Atul Ambekar of the All India Institute of Medical Sciences (AIIMS), New Delhi and Chairperson of the Addictive Disorder Specialty Section, Indian Psychiatric Society.

The experts claim that the ICMR White Paper fails to present a balanced overview of the risk-benefit ratio of ENDS vis-à-vis other combustible tobacco products and therefore, their recommendations for e-cigarette ban are not justified.

The Critical Appraisal systematically reviews the four key arguments made by ICMR and presents evidence to counter them.

The experts state that ICMR’s paper presents a selective review of literature and fails to consider the substantial evidence that demonstrates the harm reduction potential of e-cigarettes. In their critical appraisal, the experts highlight that credible international institutes maintain that e-cigarettes are at least 95 percent less harmful than tobacco cigarettes. This calculation is based on the much lower toxic emissions of e-cigarettes.

One of the major contentions of ICMR’s white paper was the lack of long-term evidence. However, it is accepted practice, even among pharmaceutical products, to rely on post-marketing surveillance to examine long-term health effects, as it is unviable for any product to be marketed only after decades of research.

Contrary to ICMR’s position, the evidence highlighted in critical review states that >99.9% of e-cigarette emissions from exhaled breath of vapers consist of the base ingredients (propylene glycol, vegetable glycerol), water and nicotine.

In addition, unlike in cigarette smoke, side-stream emissions are absent in e-cigarettes and the only environmental exposure is from diluted aerosol exhaled by users.

ICMR’s Concern 3: Effects of E-cigarettes on Smoking Reduction and Cessation

Additional evidence cited in the Critical Appraisal shows a positive association between e-cigarette use and smoking cessation or reduction. An analysis of a large US Population Survey indicated that the substantial increase in e-cigarette use between 2010 and 2015 was significantly associated with the first significant increase in smoking cessation in the past 25 years.

ICMR’s criticism of sustained use of e-cigarettes by people who’ve managed to quit smoking is in direct contradiction of the stance taken by the US FDA and UK MHRA, which recommend the long-term use of nicotine in the form of alternatives if needed, to maintain smoking cessation, prevent relapse, or even to reduce smoking. Studies have shown that risks from long-term nicotine intake are minimal and by far outweigh the benefits of smoking cessation.

ICMR’s Concern 4: E-cigarette Use by Youth and Gateway to Smoking and Addiction Effects

ICMR’s paper claims that e-cigarettes are a gateway to “smoking and nicotine addiction”, citing the 2016 US Surgeon General’s report which reports a large increase in e-cigarette use among youth. However, the Critical Appraisal shows that the US Surgeon General’s report does not differentiate between ever-use (even once), experimental use (in the past month) and regular use. The experts present evidence from the US’ Monitoring the Future and National Youth Tobacco Survey, which shows that frequent e-cigarette use is confined almost completely to smoking youth and rate of use among never-smokers is low. The issue of addiction to nicotine from e-cigarettes, therefore, is irrelevant since its users were already addicted to nicotine from tobacco cigarettes.

According to the experts, ENDS offer an opportunity to improve public health and they fear that this opportunity will be lost if ENDS are banned in the country.

Farsalinos, Polosa, and Ambekar draw attention to the regulatory framework for e-cigarettes in the European Union and Canada and urge that India combat its huge tobacco challenge by including tobacco harm reduction in its tobacco control strategy and frame regulations on similar lines.

Endorsing tobacco harm reduction and regulating ENDS could present a historical opportunity for India to accelerate the decline in smoking rates, reducing health impact on users and bringing down the financial cost of smoking treatment without any cost to the government.