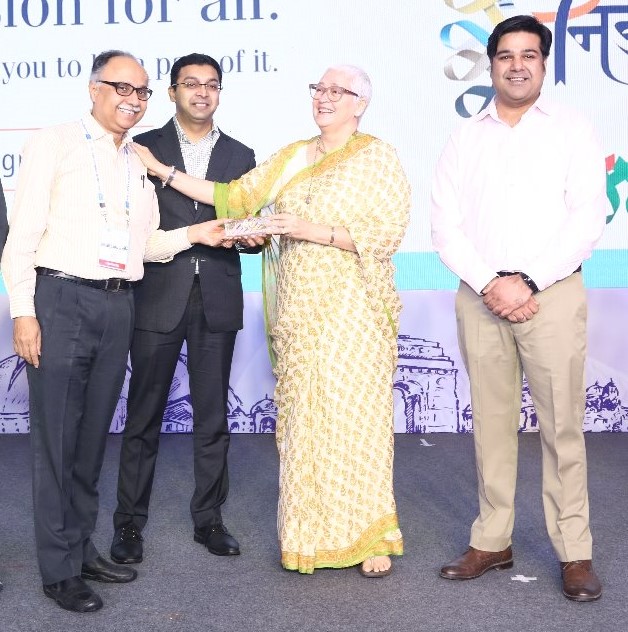 Appreciating the will power of the cancer survivors for beating the fatal disease and boosting them to live a quality life, Max Healthcare under the cancer care campaign ‘Nidarr Hamesha’ felicitated the brave warriors who have survived the most life taking disease cancer.

The event aimed to celebrate the victory of such strong-willed and fearless survivors over cancer and showcase them as an example and motivate others going through similar situation.

The felicitation was done in three major categories, viz a viz established & budding NGO’s working for the cause and individual category - include the cancer patients and the caregivers who have been doing much beyond for the society and achieving great heights.

Indian film and television actor, Rajiv Khandelwal was overwhelmed as he spoke about recently losing his mother after her one and a half year long battle with cancer. He also expressed appreciation towards those who touched their lives during this fight and gave them their unconditional love and support.

The event also saw a huge participation from various cancer survivors who shared their experience about the positives of their journey in fighting cancer and a better quality of life post treatment to induce hope for the present patients.

While the disease tarnishes one’s stability and willpower, there are few who have successfully won the battle against the disease and have set an example for others who might be going through similar situations. The survivors along with their loved ones shared their intriguing and inspirational journey to survival and the various challenges faced by them along the way.

The session was led by Dr. Harit Chaturvedi and his team and the highlights included discussions on topics such as preventive care, increasing prevalence of cancer cases and importance of counselling for coping with the illness.

Highlighting the importance of raising awareness on cancer, Dr. Harit Chaturvedi, Chairman, Max Institute of Cancer Care, said, “With ‘Nidarr Hamesha’ campaign, we would like to raise awareness on how each cancer is unique, with different symptoms, risk factors, and prevention strategies. While there is an alarming increase in cancer incidences, there is still a strong stigma in our society around the subject. The attitude towards cancer in our society has made cancer patients invisible, preventing open discussion and creating a vicious cycle of fear and misinformation for the masses. This is what is hindering attempts to raise awareness about avoidable cancer risks and the importance of early detection.”

Veteran actor, Nafisa Ali shared instances from her journey with peritoneal cancer, which is a rare kind of cancer. She spoke about the inner qualms that go through one’s mind when diagnosed with cancer and ways to fight it. She expressed her interest in going back to the cinema and preferably, playing an elegant role in a future movie. ‘Chak De’ actress, Shilpa Shukla also shares her thoughts on the subject and praises the survivors on being able to fight this illness valiantly.

Dr. Meenu Walia, Director, Max oncology centre, Max Super Specialty Hospital said, "Much behind the confines of the disease, for over 3 decades, we have been receiving so many cancer patients and their caregivers who not only fought against cancer but have overcome it with such inspiring stories. Being in this field of medicine and have treated over thousands of cancer patients,  i believe this is such a platform where these inspiring stories should come to the world and everyone gets inspired which is the sole motto of this campaign.”