As Tobacco and E-Cigarette Companies Continue to Use Marketing Dollars to Win New Customers, CVS Health Pledges Not to Work with Agencies that Promote Smoking or Vaping 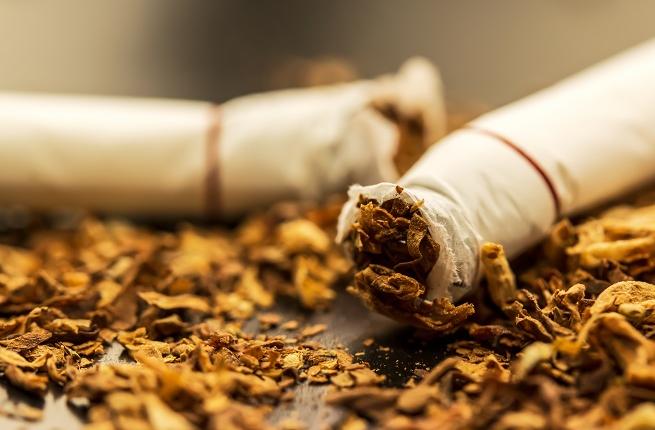 CVS Health, a US based premier health innovation company as well as the 7th largest company in the United States in terms of revenue, has pledged not to work with advertising or public relations agencies who work with tobacco and e-cigarette companies, following its decision to remove tobacco from its stores five years ago.  They are the first major corporate brand to join the Quit Big Tobacco campaign created by Vital Strategies, an international public health organization headquartered in New York.

The tobacco industry spends billions of dollars each year on cigarette and e-cigarette marketing, according to the Federal Trade Commission. Marketing tactics, such as kid-friendly flavors and promotion by social media influencers, have contributed to the nearly 80% rise in vaping among U.S. high school students between 2017 and 2018. A National Health Institute survey found that 40 percent of young adults who use e-cigarettes every day or some days were never smokers before trying e-cigarettes.

“This is what corporate leadership looks like,” said José Luis Castro, President and CEO of Vital Strategies. “CVS Health’s pledge builds on their 2014 forward-thinking decision to stop selling tobacco products in their stores, thus depriving the tobacco industry from the creative talent it needs to target youth in the United States and around the world. It’s a game changer. We hope this bold decision will encourage other health-minded companies to follow suit. We congratulate CVS Health and thank them for taking the Quit Big Tobacco pledge.”

“Five years ago, we quit selling all tobacco products and made a commitment to help people lead tobacco-free lives, including investing in youth tobacco prevention programs in order to support the first tobacco-free generation,” said Norman de Greve, Chief Marketing Officer for CVS Health. “Big tobacco is increasingly using new channels to directly target our youth – including leveraging social media and influencers. We unequivocally take the Quit Big Tobacco pledge, meaning we will not work with any marketing and public relations agencies that have ties with the tobacco industry, and we urge other companies to join us in this critically important fight.”

CVS Health is the first major corporate brand to pledge to Quit Big Tobacco, joining more than 200 organizations that have signed on to the campaign. Vital Strategies promotes its Tobacco-Free Agencies list so that companies can make sure the ad or public relations agencies they work with have no ties to the tobacco industry. Vital Strategies also unveiled the Quit Big Tobacco badge, which may be displayed by pledgers to convey their involvement in the campaign. CVS Health is working to add language outlining the requirement to contracts for both current and future partnerships with all marketing agencies.

"CVS Health's leadership as the first major brand to sign the Quit Tobacco Pledge sends a powerful message to the advertising, marketing and public relations communities that engaging with an industry that makes billions by harming millions will cost you,” said Robin Koval, CEO and President of Truth Initiative. “We have no doubt more companies will follow CVS Health and sign the pledge, especially given the urgency surrounding the growing e-cigarette epidemic addicting a new generation to nicotine and putting youth at greater risk of smoking deadly cigarettes.”

“Tobacco companies claim that all their lying and deception is behind them, but they’re reaching out to their old advertising friends under new pretenses,” said Alex Bogusky, Co-Founder and Chief Creative Officer of advertising agency Crispin Porter Bogusky. “At CPB, we know agency reputation and new business suffers when a client’s goal is selling addiction. CVS Health’s pledge to Quit Big Tobacco is a strong signal to our industry that cutting ties with the tobacco industry isn’t just good practice- it’s good business.”