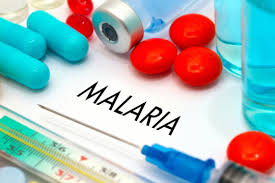 In Asia, malaria is being defeated, with a halving of cases in the last 8 years. But, the gains we have made are fragile, and malaria has come back from near-elimination before with devastating consequences. Across the region, a staggering 237 million people are still at high risk of contracting the disease. The only way we can truly beat malaria is by working together - across the private and public sector.

The Asia Pacific Leaders Malaria Alliance (APLMA) and the World Economic Forum announced the M2030 Champions Council. Consisting of CEOs and Presidents from some of the most far-reaching businesses in Asia-Pacific, as well as leaders from the public sector and civil society, the Council will drive corporate leadership to eliminate malaria in Asia.

Started by APLMA in 2018, M2030 is a movement that brings together businesses, consumers and health organizations in a unique partnership. Corporate partners can use the M2030 brand for awareness and fund-raising campaigns to fight malaria. One hundred percent of all funds raised support malaria elimination programs in the region.

Shopee, the leading e-commerce platform in Southeast Asia and Taiwan, also announced a new M2030 campaign spanning five countries in South-East Asia. For every dollar spent by shoppers on a curated product selection, Shopee will donate the same amount to M2030 supported malaria programs in Myanmar and Vietnam.

"The first phase of our partnership with M2030 was met with great success. With that, we are pleased to launch the second phase, where we aim to further rally Shopee users from across the region to support M2030's funding efforts and accelerate the defeat of malaria. We hope to make a positive difference to this cause together as one community," said Chris Feng, Chief Executive Officer of Shopee.

Melvyn Pun, Chief Executive Officer of Yoma Strategic Holdings and member of the M2030 Champions Council, added "I have seen the devastating impact of malaria up close, Yoma is proud to lead the private sector charge in ending malaria in Myanmar", and continued "New Holland Myanmar and Pun Hlaing Siloam Hospitals have active M2030 campaigns to raise funds and awareness to support the malaria elimination goal."

M2030 partners with the Global Fund to Fight AIDS, Tuberculosis and Malaria. Since 2013, the Global Fund has invested over US$ 350 million to fight drug-resistant malaria in the Greater Mekong. Peter Sands, Executive Director of the Global Fund and member of the M2030 Champions Council, said "M2030 is a great initiative that engages the private sector in supporting malaria elimination efforts in the region. Public-private partnerships are essential to ending malaria once and for all".