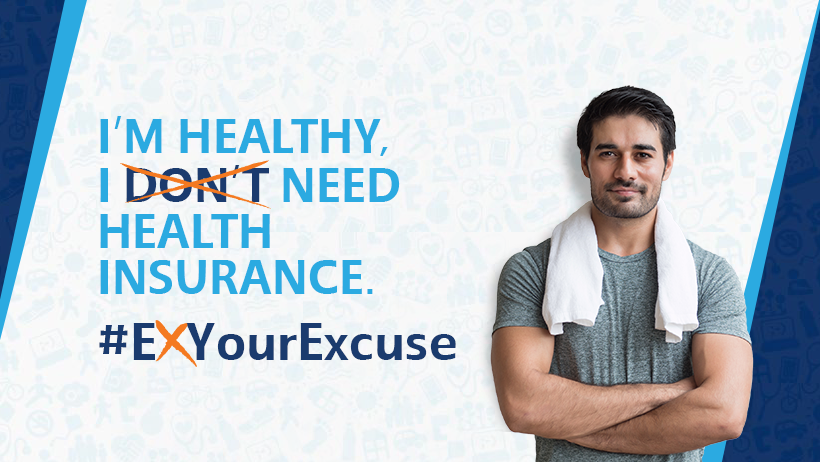 Max Bupa has initiated a month long integrated campaign #ExYourExcuse, in order to nudge people, especially the youth, to take their health seriously by giving up on unhealthy habits and excuses that keep them from achieving their health goals.

With the increase in lifestyle and critical illnesses, it has become pertinent for people to follow a healthy lifestyle and manage their health and with this campaign; Max Bupa is urging people to take small steps towards leading a healthier and fitter lifestyle.

Most often people think that taking care of their health needs a lot of time and effort; however it is not about time but making small lifestyle changes towards making health a habit which certainly has varied benefits. People find innumerable excuses to not follow their daily health routine, such as not being able to wake up early, unexpectedly late working hours, difficulty in resisting junk, etc.

Max Bupa has been amplifying the campaign across its social media channels through engaging content, videos, and also collaborated with digital influencers like Pallavi Ruhail, Megha Sarin, Aman Singh Virk among others to promote the campaign and encourage their followers to adopt a healthy routine. As part of the campaign, Max Bupa is also running a contest asking people to share videos, photos and voice notes of their health mantra and how they managed to overcome their health excuses. So far, 500+ people have already participated in the contest and shared their videos and photos of eating healthy food to indulging in physical activities like swimming, going to gym etc.

Speaking about the campaign, Anika Agarwal, Senior Vice President and Head-Marketing, Digital and Direct Sales, Max Bupa Health Insurance said, “In keeping with our purpose of helping our customers lead healthier, more successful lives, #ExYourExcuse campaign has been launched to trigger a meaningful conversation around health and to enable people prioritize their health by encouraging them to leave behind their usual excuses. We are indeed overwhelmed with the response as our social media channels are flooded with highly motivating videos of people who are trying hard to give up their excuses and make a healthy start.”