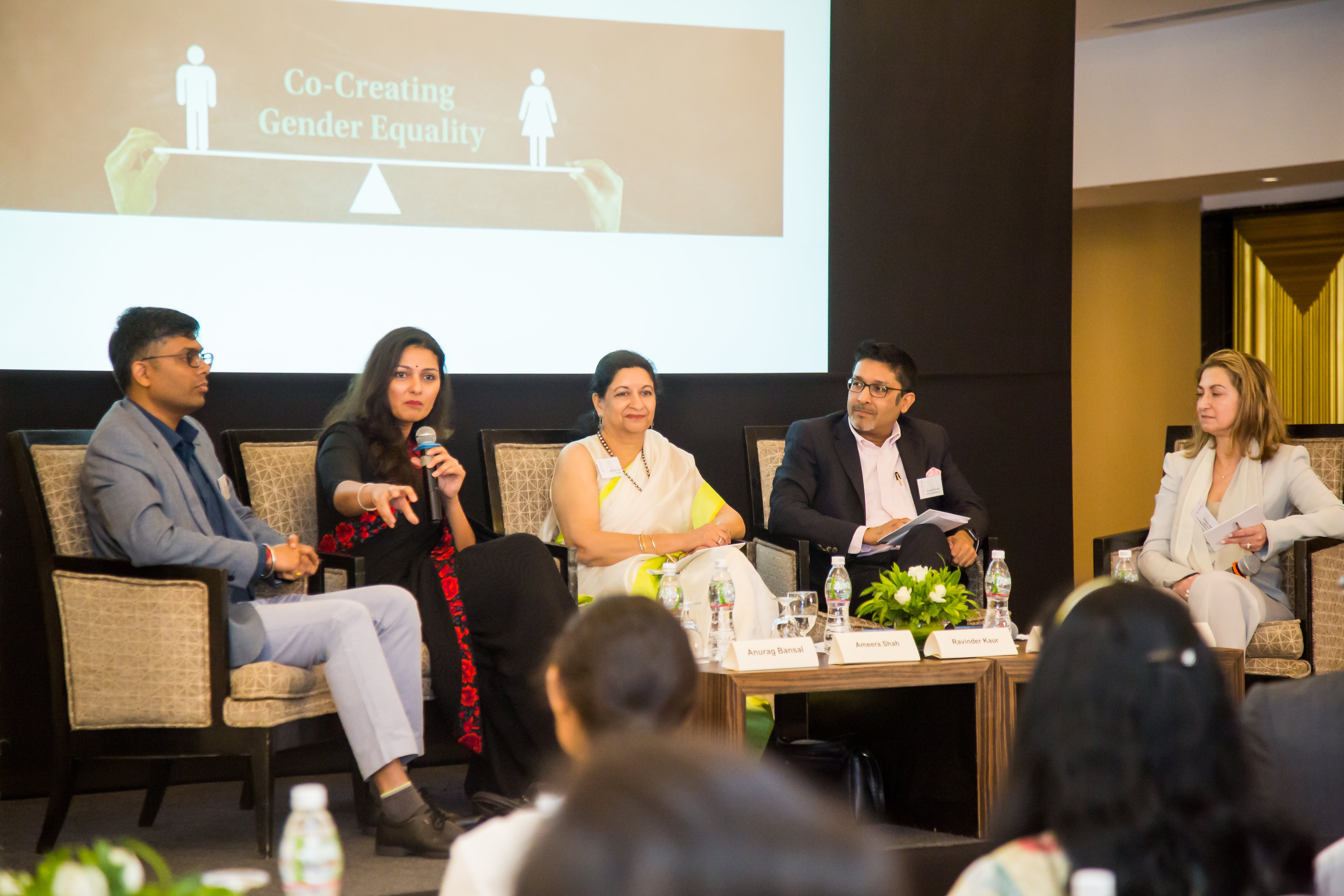 During the panel discussion Ameera Shah, Managing Director of Metropolis Healthcare Ltd said – “We have to go back to psychology (to understand) how we deal with gender equality in our homes. It starts from family. The parents need to create an environment which will help develop an entrepreneurial spirit of taking risks and making difficult decisions in the face of uncertainties among  women of the family (and) explore and face the world with their heads held high.”

Animesh Kumar, Chief People Officer at Zee Entertainment Enterprises Ltd (ZEEL) said – “HR plays a very vital role in co-creating gender equality in a workspace. Fundamentally, the performance management ecosystem in any company is about delivering two essentials, building an organizational ecosystem that attracts the best talent weather that be male or female and building an ecosystem of the intervention of culture and performance which enables employees to deliver their best. If you can achieve both of this, you can build the best organization in the world.”

Bunty Chand, CEO, Asia Society India Centre said – “We need to address gender equality at the roots and start with our homes. Our sons and daughters need to be afforded equal opportunities and taught mutual respect in order to address flaws in a system which invariably favors men and predominantly ascribes women to roles of caretakers and working mothers. Enabling a system that supports women employees, favors meritocracy in growth prospects and prioritizes equality in every organizational decision is in the best interest of organizations and ultimately the nation. Gender equality needs to move beyond a PR or CSR tool for a company and become a norm. A boardroom with an equal number of women and men  should not surprise anyone.”

Monica Ralli, Chief Marketing Officer at 13D Global Strategy & Research said- "Fairness and mutual respect are vitally important, but they are not enough of an incentive to make businesses reinvent themselves.  We need to tell a better story, a story so compelling that business leaders will in turn encourage managers and employees to reach their own conclusion that diversity is good news, both personally and for the company.  Once the realization occurs, once people see it for themselves, they start behaving in a more inclusive way and progress can be real, rapid and lasting.

Ravinder Kaur, Professor of Sociology and Social Anthropology at the Department of Humanities and Social Sciences, Indian Institute of Technology – Delhi said, “India has one of the lowest female labor force participation rates in the world. Between 2005-06 and 2015-2016 this figure has reduced by almost 12 percent. Economists use various hypothesis which predicts that the women workforce participation of a developing economy declines and rises again later due to the changing nature of socio-economic factors within the national ecosystem. The decline in the curve is a result of factors such as the incompatibility of work and family duties, the structural imbalance of parenting responsibilities, the stigmas surrounding women working outside the home, and the high incomes of their spouses rendering their contribution to family income negligible. At this juncture, we need policies to tackle structural barriers which prevent women from being recognized as key components of the Indian workforce.”

Anurag Bansal, Managing Director, East Asia & Central Asia said "Research suggests that a firm’s financial performance and productivity improves considerably with gender-equal workplaces and corporate boards. Women possess valuable traits that will be essential for succeeding in the 21st-century global workplace. Reaching gender parity would have a greater impact in India than any other region in the world. A rise in female employment rates to the male level would provide India with an extra 235 million workers, more than the EU has of either gender. If the world’s largest democracy fails to make the case for inclusion, its outsize demographic dividend will soon become a liability."