Incidence of cancer higher in women compared to men, reveals a study

The 8-year-long study between 2001 and 2018 was conducted by renowned Radiation Oncologist, Dr. Manish Chandra from Jupiter Hospital. 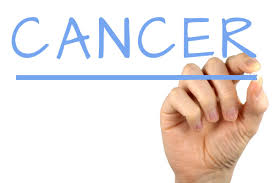 The incidence of cancer is higher in women compared to men, according to a cross sectional study conducted amongst 6000 cancer patients at Jupiter Hospital, Thane.

The 8-year-long study between 2001 and 2018 was conducted by renowned Radiation Oncologist, Dr. Manish Chandra from Jupiter Hospital.

The survey of the patients from Mumbai and Thane who underwent radiation therapy at Jupiter Hospital diagnosed 55 percent women with cancer as against 45 percent males.

Of all the cancers in women, the survey discovered that the incidence of breast cancer was the highest at 21% while gynaecological cancer accounted for 15% cases.

The survey further revealed a trend of breast cancer incidence starting at an early age as 19.9% patients diagnosed with the condition were below the age of 40 years.

The marathon survey, which took years of meticulous work and compilation, found the incidence of head and neck cancers at 32% - men and women constituting 77% and 23% respectively. The study further found higher prevalence of cancer in the age group of 41 to 60 years, women and men accounting for 1849 and 1220 cases respectively.

“This is extremely worrying because 41-60 is a productive period when each patient plays a crucial role in securing his or her family’s future. So, the impact is felt by the entire family, not just the victim,” pointed out Dr. Manish Chandra.

The data collected at Jupiter Hospital leads the way in understanding demographics of patients who underwent radiation therapy for various malignancies.

“It helps to understand the trend better and evolve strategies to come up with specific plans suiting patient population in areas from where they were drawn to this survey,” added Dr. Manish Chandra.

Cervical cancers have shown an overall decline across globe. However, of the 15% gynec patients in the survey, 637 were diagnosed with cervix cancer while 178 had cancer in the endometrium.

As for lung cancer, of the total number of patients, males and females accounted for 64% and 36% respectively.