Incidence rates of autism may surpass that of Down Syndrome

Regenerative medicine and cell based therapy has the ability to address the neurologic, gastrointestinal and immunologic disturbances seen in ASD 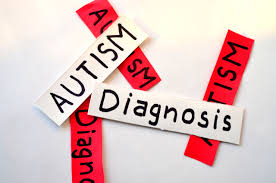 Autism Spectrum Disorder (ASD) refers to neurodevelopmental abnormality that occurs in early childhood. The condition presents with a characteristic triad of symptoms: impairments in social interaction; impairments in communication; and restricted interests and repetitive behavior. Affected children may also manifest with other non-specific symptoms including: unusual sensory perception skills and experiences, motor clumsiness (and problems with proprioception) and insomnia. The condition appears in early childhood and is not associated with remission. The prevalence rate in India is approximately 1 in 500 or 0.20% individuals. In recent times, ASD is becoming more common and it is a cause for concern that the incidence rates of this condition may surpass that of Down Syndrome.

“The main issue in our country is that most neurological conditions are viewed as intellectual disability/mental retardation. The same holds true for ASD, wherein it is believed that affected individuals lack normal IQ”, explains Dr. Pradeep Mahajan, Regenerative Medicine Researcher, Mumbai.. Understand that ASD is a developmental disability which may affect an individuals’ ability to interact socially. Autistic individuals simply need more explicit communication for them to understand and respond to commands and emotions.

Individuals with ASD are not necessarily cognitively impaired. Cognitive abilities vary between those with average to above average intelligence, to borderline and mild mental retardation, and others who function within the moderate to profoundly mentally retarded range. “We do not know the exact cause for ASD, although several genes have been identified that may be responsible. However, environmental factors also tend to play a role in the pathogenesis. In recent times, research has indicated that gut related inflammation and microbial dysregulation may further exacerbate the condition. Children with autism have been found to have inflammation of both the peripheral and central immune systems as indicated by increased levels of pro inflammatory molecules” explains Dr Mahajan.

There are no specific tests (blood/radiographic etc.) to diagnose autism. Genetic testing may be done to identify the defective gene in certain neurological conditions; however, initial diagnosis is possible only by observation of the behavior of the child and developmental delays. It is important to recognize any delays in development as early as possible in order to initiate early therapeutic interventions. Early initiation of treatment is important to lessen associated deficits and family distress, and to increase quality of life and functional independence. Current available therapeutic approaches for autism can be broadly classified into behavioral, educational, medical, allied health, and complementary and alternative medicine interventions. However, there is no defined standard treatment for ASD.” Since ASD is predominantly associated with deficits in social interaction, understand that the child may respond gradually with familiarity. It is therefore important to target this aspect at the outset. Share the interests of the child while aiding him/her to perform the task and communicate regularly. Positive reinforcement goes a long way in achieving tangible results. While the child may not respond each time you speak or command, he/she will develop trust and familiarity of sound and speech. Do not treat these children as disabled. Treat them like normal children with a little extra care and observe the changes in their communication skills” advices Dr Mahajan.

The above-mentioned approach is important to modify the behavioral manifestations. However, we also need to target the internal pathology. Regenerative medicine and cell based therapy has the ability to address the neurologic, gastrointestinal and immunologic disturbances seen in ASD. Mesenchymal cells show promise in the management of autistic children, likely owing to their immunomodulatory capacities. Treatment of immune dysregulation reduces the intestinal and systemic symptoms and improves neurologic function. These cells can also integrate into the damaged neural networks thereby aiding in regeneration of new cells and networks. Several studies have shown that cell based therapy can improve some behavioral symptoms and function in autistic children.