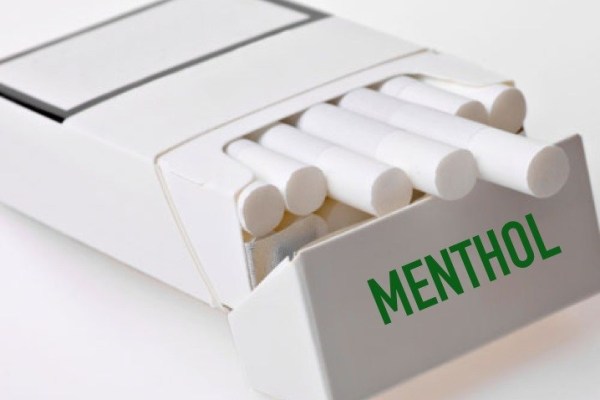 A genetic variant found only in people of African descent significantly increases a smoker’s preference for cigarettes containing menthol, a flavor additive. The variant of the MRGPRX4 gene is five to eight times more frequent among smokers who use menthol cigarettes than other smokers, according to an international group of researchers supported by the U.S. Food and Drug Administration and the National Institutes of Health.

The multiethnic study is the first to look across all genes to identify genetic vulnerability to menthol cigarettes. The paper was published online in the journal PLOS Genetics.

Menthol provides a minty taste and a cooling or soothing sensation, and plays a particularly troubling role in U.S. cigarette smoking patterns. According to the FDA, nearly 20 million people in the United States smoke menthol cigarettes, which are particularly popular among African-American smokers and teen smokers.

Although not originally the focus of the study, researchers also uncovered clues as to how menthol may reduce the irritation and harshness of smoking cigarettes.

Andrew Griffith, scientific director and acting deputy director of NIH’s National Institute on Deafness and Other Communications Disorders (NIDCD) said, “This study sheds light on the molecular mechanisms of how menthol interacts with the body. These results can help inform public health strategies to lower the rates of harmful cigarette smoking among groups particularly vulnerable to using menthol cigarettes.”

The research team, led by Dennis Drayna, Ph.D., chief of the Section on Genetics of Communication Disorders at the NIDCD, conducted detailed genetic analyses on 1,300 adults. In the initial analyses, researchers at the University of Texas Southwestern Medical Center, Dallas (UT Southwestern), used data from a multiethnic, population-based group of smokers from the Dallas Heart Study and from an African-American group of smokers from the Dallas Biobank.

In conjunction with researchers from the Schroeder Institute® for Tobacco Research, Washington, D.C., the scientists further confirmed their findings in a group of African-American smokers enrolled in the Washington, D.C., Tobacco Quitline.

The researchers report that 5 to 8 percent of the African-American study participants had the gene variant. None of the participants of European, Asian, or Native American descent had the variant. Identifying the genetic variant pointed the researchers in an unexpected direction, leading them to provide the first characterization of this naturally-occurring MRGPRX4 variant in humans. The gene codes for a sensor, or receptor, that is believed to be involved in detecting and responding to irritants from the environment in the lungs and airways.

“We expected to find genes that relate to taste receptors, since menthol is a flavor additive. Instead, we discovered a different kind of signaling molecule that appears to be involved in menthol preference”, said Drayna.

Collaborators at the University of North Carolina (UNC), Chapel Hill, then worked with the research team to look more closely at the effect of the African-specific variant on the function of the MRGPRX4 receptor. They found that the variant alters a specific type of cell signaling, and that menthol alters this further. Additional studies confirmed that this sensor is found in the airways, suggesting that menthol is likely to affect how we sense irritation in the airways.

“While this gene variant can’t explain all of the increased use of menthol cigarettes by African-Americans, our findings indicate that this variant is a potentially important factor that underlies the preference for menthol cigarettes in this population. While things like cultural factors or industry advertising practices have been a focus for understanding menthol use thus far, our findings indicate that African-specific genetic factors also need to be considered,” said Drayna.

The FDA has sought public commentary and scientific information on the use of menthol in tobacco products. The agency has announced plans to propose a ban on menthol-flavored cigarettes and cigars, in large part because of the high use of menthol cigarettes among youth and young adults. More than half of smokers ages 12 to 17 smoke menthol-flavored cigarettes. The prevalence rises to 7 out of 10 among African-American youth who smoke, according to the FDA.

In addition to UT Southwestern and UNC Chapel Hill, research collaborators were from the NIH’s National Center for Complementary and Integrative Health; the University of Bologna, Italy; the Estonian Biocenter, Tartu; the University of California, Merced; and the Schroeder Institute® for Tobacco Research.