The Speaker Research Initiative, which serves as a platform to bring together Members of Parliament (MP) to discuss issues of national importance, invited Population Foundation of India (PFI) to the Parliament for a workshop on “India’s Population: Emerging Dimensions." 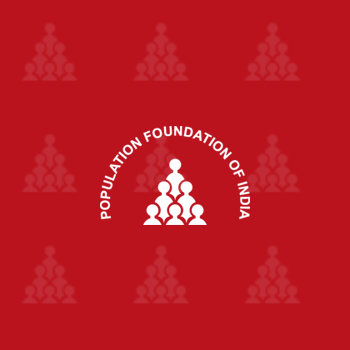 The Speaker Research Initiative, which serves as a platform to bring together Members of Parliament (MP) to discuss issues of national importance, invited Population Foundation of India (PFI) to the Parliament for a workshop on “India’s Population: Emerging Dimensions”. PFI presented evidence from two recently concluded studies that analysed health and economic implications of investing in family planning and budgeting and expenditure of family planning activities under the National Health Mission.

Speaking at the workshop, Ms. Poonam Muttreja, Executive Director of the Population Foundation of India said, “Family Planning directly and indirectly impacts all 17 of the sustainable development goals. Advancing and investing in family planning will be one of the primary drivers for translating the development goals of the nation and impacting SDGs. Universal access to contraception is a priority target for India’s national health and family planning objectives”.

The workshop was attended by MPs, government representatives and academic scholars. Discussions included India’s changing age structure and ways to take advantage of the demographic dividend opportunity. The need to focus on youth through improved access to education and healthcare services were considered key steps to reap the benefits. Participants also highlighted the importance of increasing access and availability of family planning methods, and shifting focus from terminal methods of contraception to spacing methods.

PFI’s study projects a policy scenario, where family planning programmes are implemented to their maximum potential and estimates the potential costs and benefits to the nation over the course 15 years, from 2016-2031, by comparing it with the current (business as usual) scenario. The projections indicate that with increased investments in family planning over 15 years, India would not only save as much as Rs. 27,000 crores in public health spending and redirect it to other health priorities, but also enable its citizens to save Rs. 77,600 crores of out-of-pocket expenditures (OOPE) on child birth and child hospitalisation. The projected demographic and health gains of the policy scenario include prevention of 2.9 million infant deaths, 1.2 million maternal deaths, 206 million unsafe abortions and 69 million additional births at the national level. It highlights the benefits of strengthening family planning strategies at the community, state and national level.

Population Foundation of India (PFI) is a national NGO, which promotes and advocates for the effective formulation and implementation of gender sensitive population, health and development strategies and policies. The organisation was founded in 1970 by a group of socially committed industrialists under the leadership of the late JRD Tata and Dr Bharat Ram. PFI addresses population issues within the larger discourse of empowering women and men, so that they are able to take informed decisions related to their fertility, health and well-being. It works with the government, both at the national and state levels, and with NGOs, in the areas of community action for health, urban health, scaling up of successful pilots and social and behaviour change communication. PFI is guided by an eminent governing board and advisory council comprising distinguished persons from civil society, the government and the private sector.