12500 health, wellness centres need to be identified across the country: Shripad Naik

The theme of the conference was to share the views, opinions, difficulties and experiences by the States / UTs in respect of AYUSH 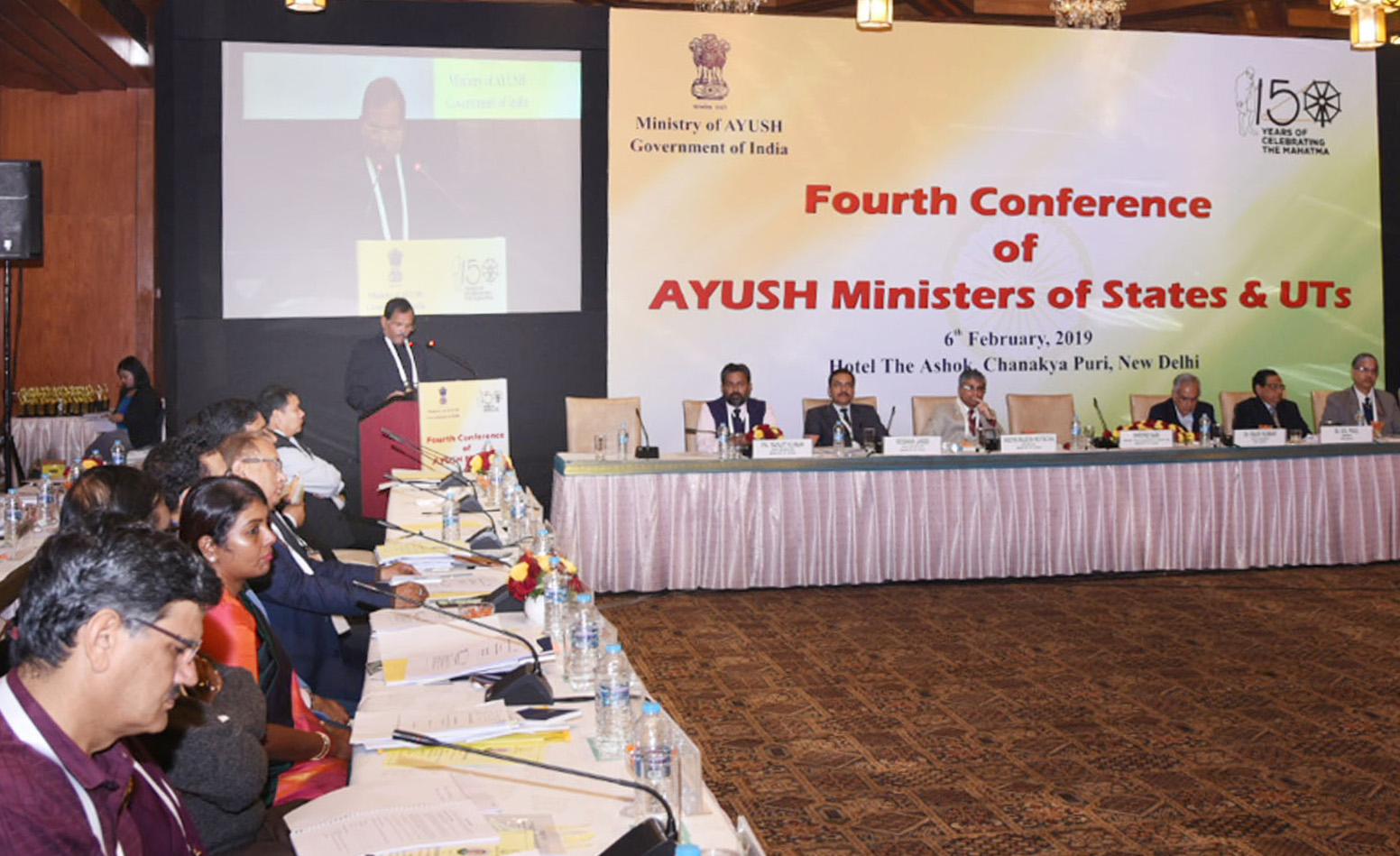 The fourth Conference of AYUSH/Health Ministers of States/UTs was inaugurated by the Minister of State for AYUSH (Independent Charge) Shripad Yesso Naik in New Delhi recently.

The day long conference was organized by the Ministry of AYUSH to provide an opportunity to States/UT to interact with each other for the development of AYUSH sector. The conference was attended by AYUSH/Health Ministers/Secretaries and officials from 29 States/UTs; senior officials of AYUSH Ministry and representatives of AYUSH organizations.

The theme of the conference was to share the views, opinions, difficulties and experiences by the States / UTs in respect of AYUSH and to move forward progressively in promotion of these medical systems. The conference also took stock of where the States and UTs presently stand and how to mainstream AYUSH and also the required actions in this regard.

In his inaugural address, the AYUSH Minister said, “States and Union Territories are important partners in the journey of Ministry of AYUSH for promotion of Traditional systems of medicine to all mankind. Public health delivery system has been of highest priority. We look forward to an effective integration in the National progress related to health.”

“Financial support is being extended to all States and Union Territories under National AYUSH Mission (NAM) Scheme for up gradation of infrastructure and manpower in the AYUSH institutions. 12500 health and wellness centres need to be identified across the country for rendering AYUSH services to the people at grass-root level with special reference to preventive health care.  Research Councils under Ministry of AYUSH are conducting National Programme for Prevention and Control of Cancer, Diabetes, Cardiovascular Disease and Stroke (NPCDCS) in states. CCRAS is conducting NPCDCS programme in three states, namely Surendra nagar Distt., Gujarat; Bhilwara Distt., Rajasthan and in Gaya, Bihar. Similarly, CCRH is implementing the programme in Darjeeling District in West Bengal and Krishna District in Andhra Pradesh. The results are encouraging and would be scaled up”, he added.

On this occasion Rajiv Kumar Vice Chairman, NITI Aayog said, “AYUSH deserves equal recognition and patronage as is enjoyed by the modern system of medicine. He said that the holistic nature of AYUSH systems need to be recognized nurtured and proliferated in the interest of the health of the mankind. Emphasise role of regulatory bodies is critical in maintaining the quality and standards of AYUSH systems and we need to have a robust regulatory system for AYUSH drugs and education. Indian Embassies can also play a role in spreading the message of AYUSH systems and converting it into a universal ‘Jan Andolan’.

State health authorities pointed out their problems in implementation of various programmes and schemes of AYUSH and concerned officers of Ministry of AYUSH addressed their issues.

The conference also reviewed the progress made by the States and UTs in the implementation of the Centrally Sponsored Scheme of the National AYUSH Mission (NAM).

An overview regarding the AYUSHMAN Bharat, a flagship initiative of the Government of India to extend healthcare facilities to the people at the grass root level was shared in the conference. It was also apprised that recently the Ministry of AYUSH has been given the responsibility to run 12, 500 health and wellness centres across the country and contribute the preventive health aspects by virtue of AYUSH philosophy in all the health and wellness centres.