India targets to be a leprosy free nation by 2030 and Yohei Sasakawa WHO Goodwill ambassador and recipient of the Gandhi Peace Prize 2018 pledges to support the vision of Prime Minister Modi. 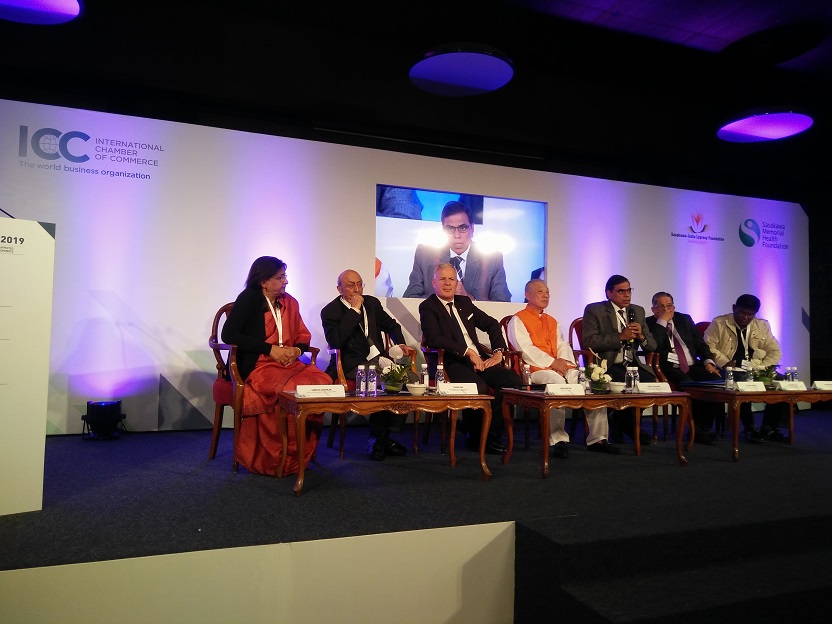 Continuing its practice of bringing together different stakeholders to speak up against the baseless stigma and discrimination that is faced by persons affected by Leprosy, The Nippon Foundation in collaboration with Sasakawa-India Leprosy Foundation (S-ILF) recently organised their annual event Global Appeal 2019 in New Delhi. The International Chamber of Commerce has endorsed this year’s global appeal.

The appeal was read in the presence of the Hon’ble Minister of Law and  Technology, Ravi Shankar Prasad and John Denton, Secretary General, International Chamber of Commerce. It aims at bringing international attention to the stigma and unjust treatment that still affects those affected by this fully curable disease.

The major step in fighting stigma and discrimination is awareness and scientific knowledge. The launch of the Appeal in India further highlights the essence of the landmark Supreme Court Judgement of 14th September 2018 which exhorted the government to act on ending stigma against persons affected by leprosy by both more effective medical outreach and proactive initiatives for their social and economic integration.

At a ‘Dialogue on Leprosy’, held as part of the Global Appeal 2019, discussion was focussed on Hon’ble Justice Misra’s historic verdict on Leprosy and the way forward. The event saw presence of important stakeholder groups including Persons affected by Leprosy, Representatives from WHO, Representatives from Ministry of Health & Family Welfare, Representatives from Ministry of Social Justice, TNF Members, NGOs and CII Members. The participation and coming together of different stakeholders to work together to further the recent commendable efforts made by the Ministries of Health, Social Justice and Law, was an important outcome of the Dialogue and will lead to significant changes in the social perception of leprosy and those affected by it.

Calling for a Global Appeal and the need for a country wide program of awareness building, Yohei Sasakawa said: “We are indeed proud of our annual initiative of Global Appeal, which has not only been able to make a difference to the lives of people affected by leprosy but also attracted the attention of respectable organisations such as the International Chamber of Commerce. I hope that all stakeholders present today, including the Media, will support us to win the war against leprosy. This will require a call to action to raise awareness in society by providing correct information about leprosy, including that it is a curable disease with free treatment available and that discrimination is unjustifiable.”

Yohei Sasakawa, Chairman Nippon Foundation, is also the Goodwill Ambassador of the World Health Organization for Leprosy Elimination. He has recently been awarded The Gandhi Peace Prize 2018, in recognition of his work towards the eradication of the disease in India and across the world.