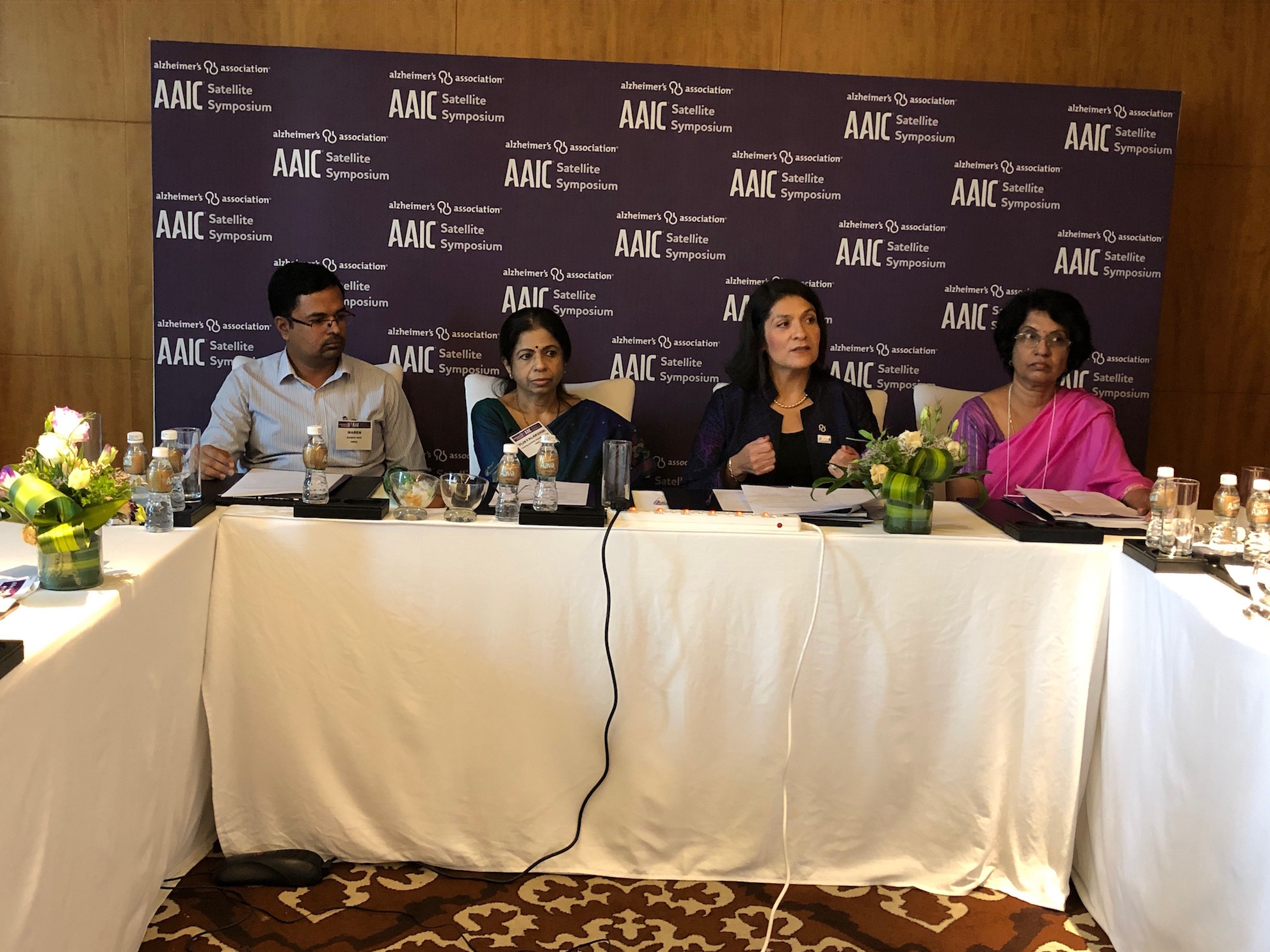 Researchers from around the world met recently in Bengaluru to discuss one of the most challenging medical mysteries of our time – finding effective preventions, treatments and cures for Alzheimer’s disease and other dementias.  The goal is to facilitate connections among researchers for scientific collaboration and data sharing that can move the field closer to breakthroughs in Alzheimer’s science.

“The Alzheimer’s Association recognizes that Alzheimer’s disease and other dementias are a growing global problem,” said Maria C. Carrillo, Ph.D., chief science officer, Alzheimer’s Association. “There is excellent dementia research underway in India and across Asia and neighboring countries. We want to bring these researchers together for collaborations with scientists in other parts of the world to advance our shared goals of developing better diagnosis, treatments and preventions for Alzheimer’s.”

“The maximum number of new cases of dementia will come from India and China,” said Vijayalakshmi Ravindranath, Ph.D., director, Centre for Brain Research. “The number of elderly in India will increase from 143 million to 300 million in 2050. Therefore, it is imperative for us in India to invest in research and identify risk and protective factors that contribute to diseases of the aging brain. We can then translate our knowledge to public health policies to decrease the burden of dementia. We are so grateful to Kris Gopalakrishnan, Co-Founder, Infosys for this philanthropic approach towards treating dementia. We have received huge funding from him to take our research forward. We are also awaiting a grant from DBT", she added.

The two-day Alzheimer’s Association International Conference (AAIC) Satellite Symposium drew more than 300 researchers, clinicians and students to hear from two dozen outstanding global experts from India, other parts of Asia, the United States, the United Kingdom, and Europe. The Alzheimer’s Association, headquartered in Chicago, partnered with two leading local scientific organizations to convene this meeting held on December 18–19: the India Institute of Science’s Centre for Brain Research and the National Institute of Mental Health and Neurosciences (NIMHANS).

At the symposium, scientists learned about dementia-related genetics research in India, including the GenomeIndia initiative, which will carry out whole genome sequencing of 10,000 people across India, according to Dr. Ravindranath. Other sessions included information about improvements in diagnosing and assessing individuals with cognitive decline, and a report on prevalence of Alzheimer’s and dementia across India.

A promising area of treatment/prevention research focuses on multicomponent lifestyle and behavioral interventions, including diet, exercise and practices such as meditation that have been associated with improved brain health. A session at the Alzheimer’s Association symposium covered “Lifestyle/Behavioral Interventions Around the World.”

Several major clinical trials are underway around the world to test the effect of adopting healthier lifestyle habits to prevent cognitive decline, Alzheimer’s and other dementias. In the U.S., the Alzheimer’s Association is leading the U.S. Study to Protect Brain Health Through Lifestyle Intervention to Reduce Risk (U.S. POINTER). U.S. POINTER is a two-year clinical trial to evaluate whether lifestyle interventions can protect cognitive function in older adults at increased risk for cognitive decline.

According to the 2018 World Alzheimer Report, there are 50 million people in the world with dementia, and every three seconds someone in the world develops dementia. Dementia is the seventh leading cause of death worldwide.

“Everyone with a brain is at risk for Alzheimer's,” Carrillo said. “Coordinated action on Alzheimer’s and dementia research is desperately needed to stem the tide of this global epidemic, and to bring hope to those living with the disease and those at risk. The Alzheimer’s Association is the primary organization consistently bringing together the global research community in new ways.”