Cannabis R&D in India: A Scientific, Medical and Legal Perspective

In the last few years, cannabis has made its way into the medical mainstream in Western owing to its efficacy in multiple health conditions 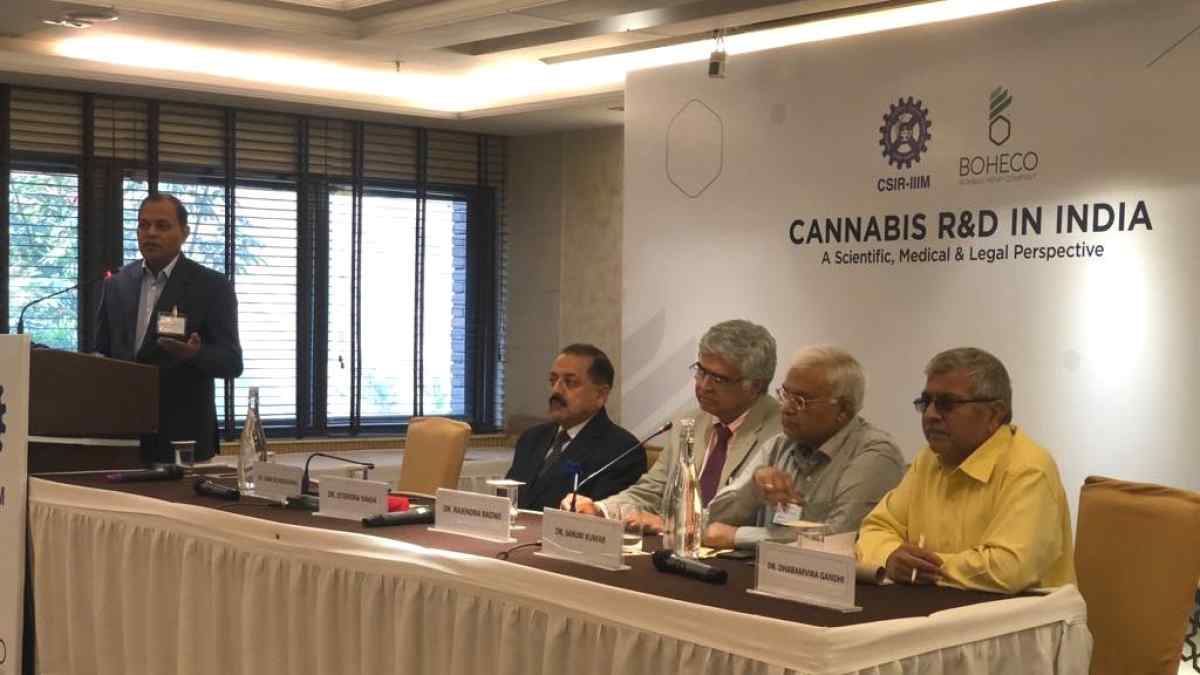 The conference titled “Cannabis R&D in India: A Scientific, Medical and Legal Perspective” was recently held in New Delhi.

In the last few years, cannabis has made its way into the medical mainstream in Western owing to its efficacy in multiple health conditions, but in India, patients are denied cannabis-based medicines despite the country having a tradition of thousands of years of using the properties of this plant in the treatment of various ailments.

Talking about why cannabis-based modern medicines have nominal presence in India, Avnish Pandya, Director of R&D, Bombay Hemp Company said, ”Any medicine requires a standard, stable and predictable cannabis plants with standard cannabinoid output derived from their flowering tops to get consistent medicine. There is also a lack of clinical trials on cannabis and its isolated compounds. Clinical trials are based on single molecule compounds due to their predictability, in contrast to Ayurvedic medicines which represent a multi-faceted approach towards medicine. So, either cannabis has to walk down the path of clinical trials, or clinical trials have to accommodate multi-compound, complex formulations. The lack of regulatory clarity on cannabinoids other than THC, combined with socio-cultural stigma of cannabis consumption since 1985, has contributed towards the absence of cannabis-based medicines in the Indian market.”

Dr Vivek Benegal, Professor, Centre for Addiction Medicine, NIMHANS said, “Though cannabis is a psychoactive drug and causes intoxication, its addictive potential is lower than that of tobacco, alcohol, heroin, cocaine etc. In fact, the cannabis plant and its commonly used forms like ganja, bhang, charas contain many chemicals which are not psychoactive but have medicinal and therapeutic capabilities.”

Talking about the main challenges in the production and consumption of cannabis-based modern medicines, Dr.Dhiraj Vyas,Head of Dept-Plant Biotechnology, CSIR-IIIM said, ”There are no standard varieties or seeds of cannabis to cultivate in India. As cannabis is considered a narcotic commodity under the NDPS Act, research is restricted due to the non-availability of research-grade material. Research projects to produce standard varieties of cannabis have only recently begun in India by CSIR-IIIM in collaboration with the Bombay Hemp Company, and there are no standard extracts from which medicines can be produced. Since there are no standard medicines available, patients are reluctant to try cannabis in the form of oils, etc. and doctors lack awareness about endocannabinoids and the endocannabinoid system that is present within every mammal. As a result, only a few doctors in India are currently in a position to prescribe cannabis-based medicine to anyone.”

The experts also felt that the cannabis plant is a victim of misperception despite being an integral part of India culture. For thousands of years, it has been a trusted ingredient in the treatment of various ailments. Yet cannabis is mired in ambiguity when it comes to its application in modern healthcare.