Genetic testing can increase the survival of lung cancer patients

Most cancers, including lung cancer, arise due to genetic mutations, tobacco consumer should get themselves screened regularly for tobacco related cancers 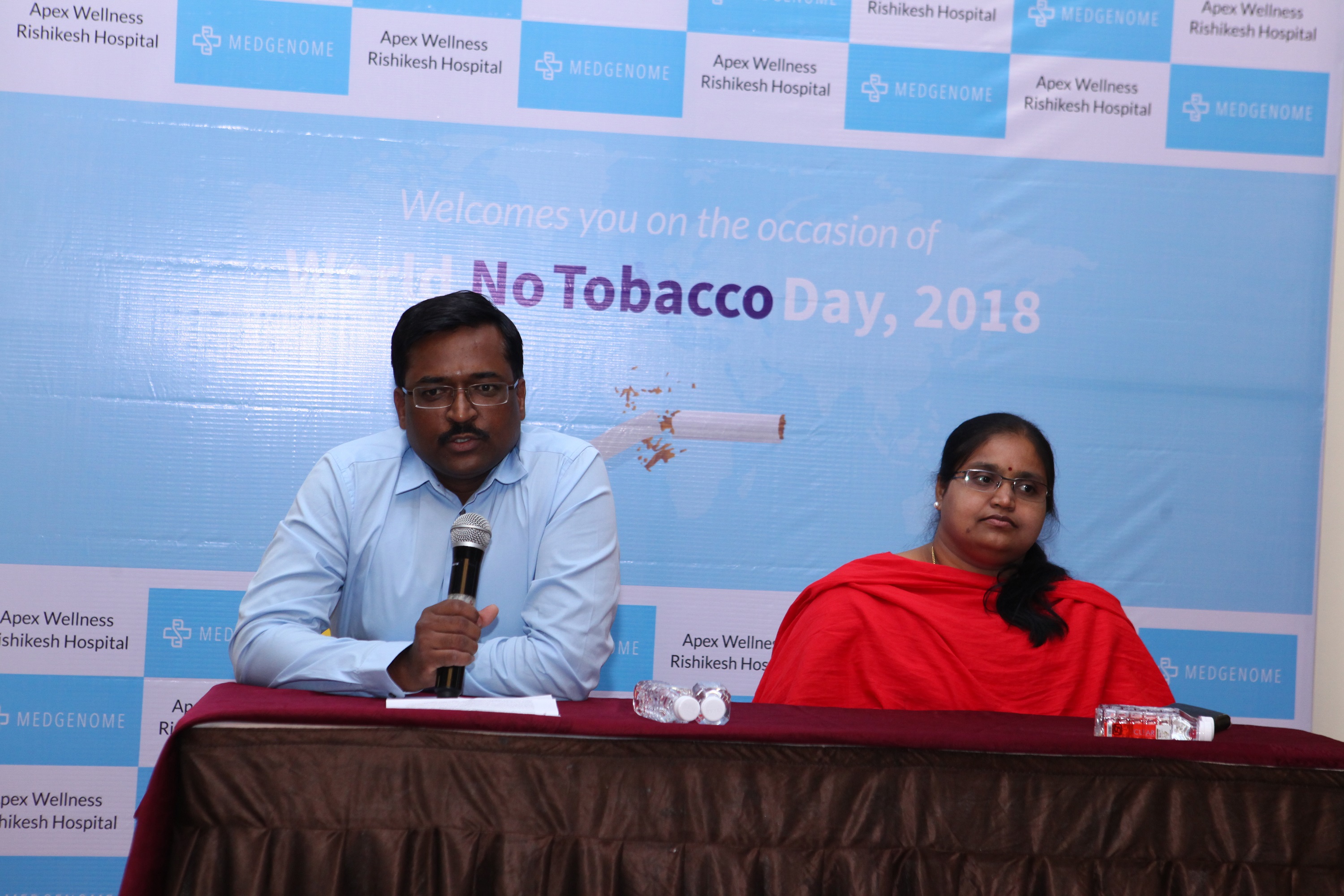 Cases of lung cancer are rapidly rising in India due to rampant smoking, including active and passive smoking, genetic testing and treatment with targeted therapy drugs can significantly improve the survival rate of patients, doctors said in the run-up to the ‘World No Tobacco Day.’

Said Dr. Vidya H Veldore, Principal Scientist – Oncology with MedGenome, a leading genomics-driven research and diagnostics company: “Most cancers, including lung cancer arise due to genetic mutations. Once the cancer-causing genetic mutation is identified through genetic testing on the tissue biopsy, doctors can administer more effective and better targeted medicines, which are known to specifically kill the cancer cells, thus improving the clinical outcomes and preventing the side-effects of chemotherapy. There is an urgent need to create awareness about the importance of genetic testing for not only lung cancer patients but also in other cancers.”

Talking about the threat to public health posed by tobacco consumption, Dr. Shailesh Bondarde, Medical Oncologist, Apex Wellness Rishikesh Hospital, Nashik, said: “India accounts for one-sixth of the 6 million tobacco-related deaths occurring around the globe every year. It is also the world’s second largest tobacco consumer, where every third adult consumes some form of tobacco. The impact on  public health is very high as more than 60 chemicals found in tobacco and tobacco smoke have been classified as cancer-causing agents. Tobacco-related cancer accounts for 42 percent of all male deaths due to cancer and 18.3 percent of all female deaths. Two most common cancers caused by tobacco are mouth cancer and lung cancer. Tobacco doesn't harm the individual alone. It also increases healthcare costs and decreases productivity.”

Lung cancer is of two types. Non-Small Cell Lung Cancer (NSCLC) constitutes 80% of all lung cancer cases and is present in smokers and non-smokers both. Small Cell Lung Cancer (SCLC), accounting for 20% of all lung cancer cases, is found primarily in smokers.  25-40% of all NSCLC cases arise due to cancer-causing mutations in the EGFR gene. Once the mutation is identified by genetic testing, doctors can administer drugs specifically made to target these mutations. Thus, it prevents ineffective treatment and worsening of the disease. International guidelines like NCCN, ESMO and ASCO have made EGFR gene mutation testing mandatory in all NSCLC patients at the time of diagnosis. This helps in effective treatment planning and management.

In the last one decade, targeted molecular therapy used for treating NSCLC type lung cancer has advanced rapidly. It is now possible to use targeted therapy to kill only the cancer cells, while shielding healthy body tissue from harmful effects. Such targeted therapy can be administered to a patient once the molecular make-up of the cancer has been identified by genetic testing. Continuation of such treatment often requires genetic reassessment of the tumor, which can now be accomplished through non-invasive blood-based tests called liquid biopsy. Liquid biopsy is a great alternative for patients where getting a solid tumour sample is a challenge. The importance of blood based testing or liquid biopsy in Lung cancer has been well established from clinical studies on large cohorts of lung cancer patients worldwide, for assessment of treatment response and early detection of recurrence. MedGenome was one of the pioneers in launch of liquid biopsy tests in early 2017, after completion of extensive clinical validation with India’s leading Cancer Hospitals.