The Cornell Sathguru Foundation for Development – Inaugural Summit on One Health, was opened by Dr Eshwar Reddy, DCGI and Dr SR Rao, DBT in Delhi 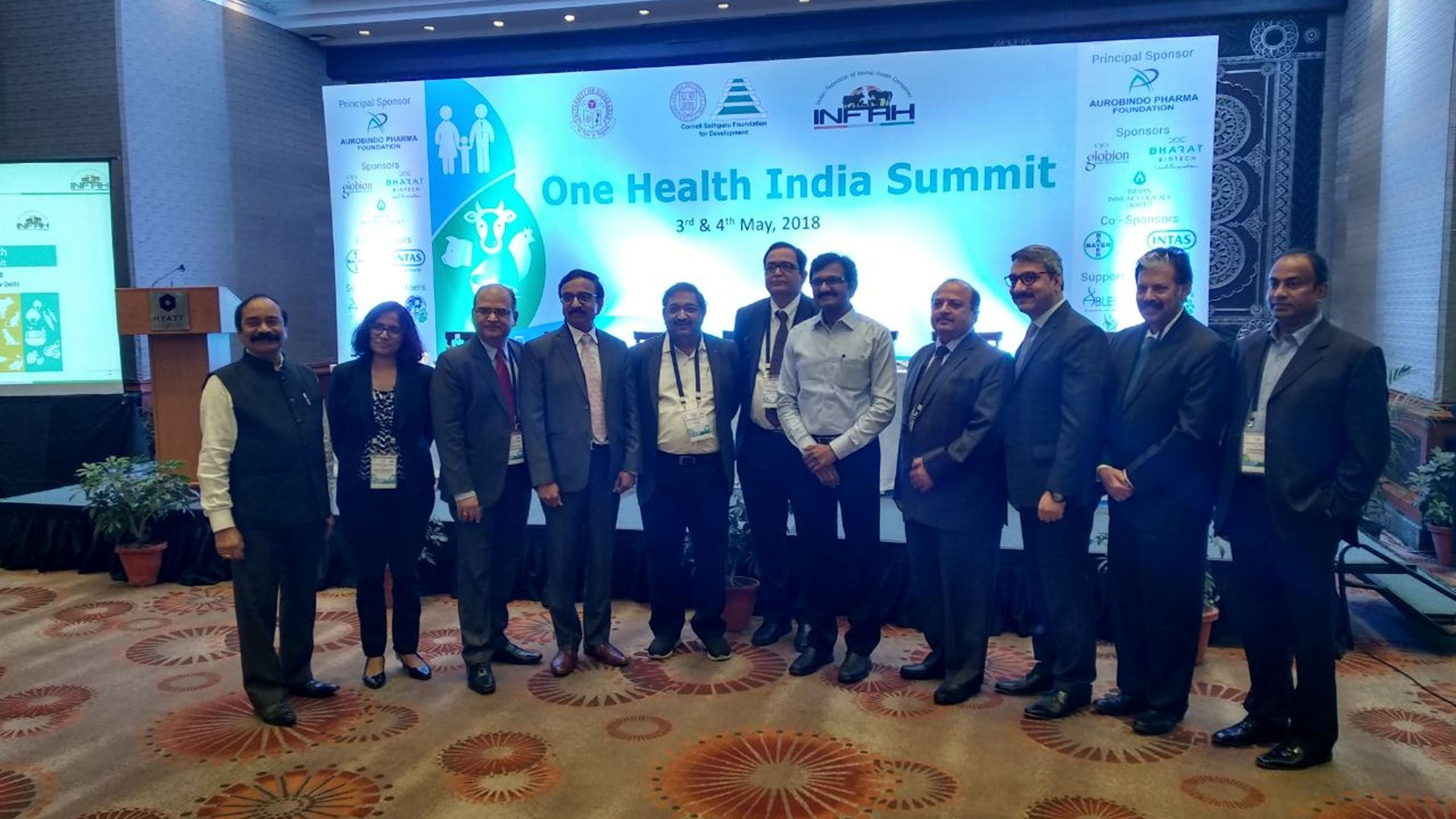 The Cornell Sathguru Foundation for Development  recently organized two day ‘One Health India Summit’ to discuss the future of One health and how minor changes in can affect all concerned.

The Cornell Sathguru Foundation for Development – Inaugural Summit on One Health, was opened by Dr Eshwar Reddy, DCGI and Dr SR Rao, DBT in Delhi

Speaking on the occasion, Pushpa Vijayaraghavan, Director – Sathguru Management Consultants, and Summit Chair, said “Interconnections of human health, animal health, food and environment can no longer be ignored and the idea of the “One Health Concept” is in essence, to appreciate the wealth of opportunity that lies in the interface area of this triad, which could be capitalized on, to protect the health of our planet as a whole.”

She added “This is especially critical in the context of developing countries such as India where several looming health issues call for an integrated approach with cross-stakeholder engagement.”

As the first multi-stakeholder One Health Summit in India, this provided a strong foundation for an India centric discussion and conceptualization of actionable solutions. The summit focused on the following key themes that are identified as critical in the Indian context:

AMR is one of the cross-cutting challenges across the human and animal health continuum, with concerns looming at multiple points of the food chain. Pervasive use of antibiotics in humans as well as animals has rendered several strains of microbes (bacteria, viruses) to develop resistance to anti-microbial therapies (antibiotics, antivirals).

60% of all disease causing pathogens are of animal origin and 75% of emerging infectious diseases are zoonotic in nature. Many zoonotic diseases contribute significantly to global disease burden, including rabies,

brucellosis, and avian influenza to name a few. While science has advanced to a level that prophylactic as well as therapeutic options exist for most of these diseases, yet, controlling these zoonotic pathogens at its animal source remain a big broken thread in the continuum.

Food safety is another integral issue that is at the heart of the One Health Concept, as the food chain inevitably interlinks the worlds of humans, animals and environment. CDC estimates 48 million people get sick, 128,000 are hospitalized, and 3,000 die from food borne diseases each year in the United States. With burgeoning incidences of food-borne illnesses, there is growing public awareness of food safety, food security and sustainability in food production practices.