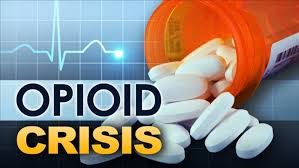 Aleafia Health Inc. announced that it has launched a new opiate replacement program across its 23 Aleafia/Canabo clinic network.

As the opioid health-crisis continues across North America, Aleafia believes that its new initiative puts it ahead of the curve in the battle against this life-destroying epidemic.

In light of new studies released by the American Medical Association that suggest cannabis may play a role in reducing some patients' need for opioids, Aleafia's opiate-replacement program is designed to:

Increase the pace of Aleafia's previously announced 1,000-patient study on the use of medical cannabis to reduce opioid addiction,

Conduct extensive outreach to local and regional patients and physicians announcing Aleafia/Canabo program to substitute opioids with medical cannabis, and

"From the very beginning, our goal at Aleafia was to provide evidence-based support for patients and their caregivers by introducing an effective alternative to the dangerous opioid option," added Aleafia's Executive Chairman, the Honourable Julian Fantino.

"Today, we are ably positioned to make a meaningful difference with a large team of cannabinoid medicine experts, an established, cross-country clinic infrastructure, a much-sought-after, lucrative observational database, and an ambitious plan to grow our knowledge into more targeted, effective strains of medical cannabis for our patients."