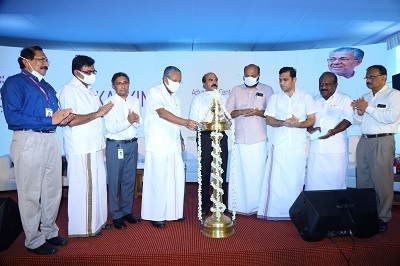 Karkinos Healthcare has launched an advanced centre for cancer diagnostics and research in Kochi. The centre was inaugurated by  Chief Minister of Kerala, Pinarayi Vijayan.

The centre will serve as a central lab for the Karkinos’ global oncology network, analysing specimens at the molecular and genomic level to aid in personalised targeted therapy, predicting possible responses to treatment as well as evaluating response by liquid biopsy.

Karkinos Healthcare has installed the most advanced high-throughput HPV assay equipment Cobas 6800 in this centre with the ability to test over 1200 Human Papilloma Virus (HPV) assays of all high-risk types. Karkinos healthcare has partnered with professional organisations such as the Kerala Federation of Obstetrics and Gynaecologic (KFOG) to support the World Health Organisation’s mission of eliminating cervical cancer by 2030.

In Kerala, Karkinos has established 11 units in existing multispecialty hospitals and planning to add 63 more centres by FY23.