Setting up laboratories in West Bengal, Assam, Bihar, Jharkhand and Orissa to comprehensively cater to the East India region 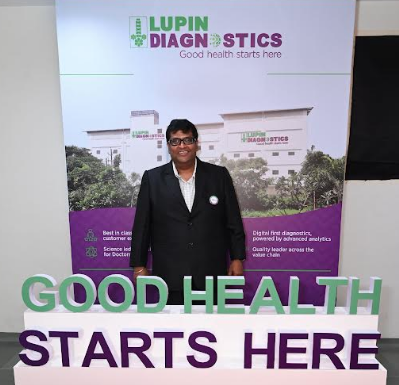 Global pharma major Lupin has announced that Lupin Diagnostics has launched its first Reference Laboratory in East India in Kolkata.

The new Reference Laboratory at Kolkata has capabilities to conduct a broad spectrum of routine and specialized tests in the fields of molecular diagnostics, cytogenetics, flow cytometry, histopathology, cytology, microbiology, serology, haematology, immunology and routine biochemistry.

Lupin Diagnostics is also setting up laboratories in West Bengal, Assam, Bihar, Jharkhand and Orissa to comprehensively cater to the East India region. These processing labs will be located in the cities of Siliguri, Berhampore, Asansol, Burdwan and Bankura in West Bengal, along with Guwahati (Assam), Patna (Bihar), Ranchi and Dhanbad (Jharkhand) and Bhubaneshwar (Orissa). These labs will be connected to Lupin’s franchise collection centers, LupiMitra. Lupin Diagnostics has more than 100 LupiMitra already enrolled for its East India operations.

Ravindra Kumar, Vice President and Head - Lupin Diagnostics said, “Diagnostics is the first step in disease management. Lack of timely and accurate diagnosis limits the possibility of effective treatment. According to industry estimates, evidence-based treatment is the new normal in India, and about 70% of treatment decisions are now based on diagnostics tests. We are very pleased to now offer our services in East India, a very important region for us.”