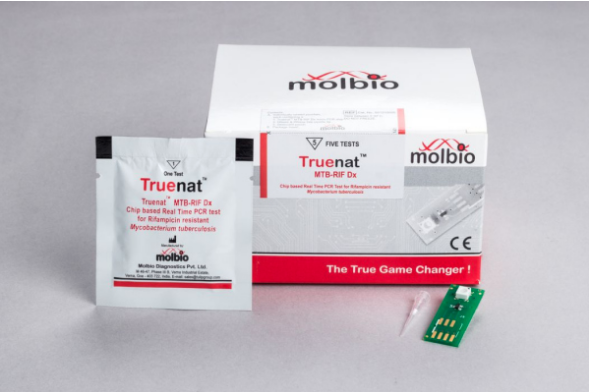 The Foundation for Innovative New Diagnostics (FIND), Molbio Diagnostics and the Indian Council of Medical Research (ICMR) have announced that the World Health Organization (WHO) has now endorsed three of their rapid molecular Truenat™ assays for initial diagnosis of tuberculosis (TB) and subsequent detection ofrifampicin resistance in adults and children with signs and symptoms of pulmonary TB.

Both Truenat MTB and Truenat MTB Plus detect Mycobacterium tuberculosis bacteria for TB diagnosis, while Truenat MTB-RIF Dx identifies resistance to rifampicin, the most commonly used first-line treatment. All three tests are run on the portable, battery-operated Truenat device and provide results in less than an hour.

Truenat was developed by Bigtec Labs, the R&D subsidiary of Molbio Diagnostics. ICMR conducted multicentre validation of Truenat MTB and Truenat MTB-RIF Dx assays followed by a feasibility study under the national programme and found them to be on par with the internationally recognized Xpert®MTB/RIFmolecular assay (Cepheid, Sunnyvale, USA) in terms of sensitivity and specificity, and detection of rifampicin resistance.

Truenat assays have now been incorporated into the India National TB Elimination Programme (NTEP) after recommendation from ICMR.