In line with the Indian government’s initiative to eliminate Tuberculosis from the country by 2025, Fujifilm offers free chest X-Rays at Yashoda Super Speciality Hospital, Kaushambi 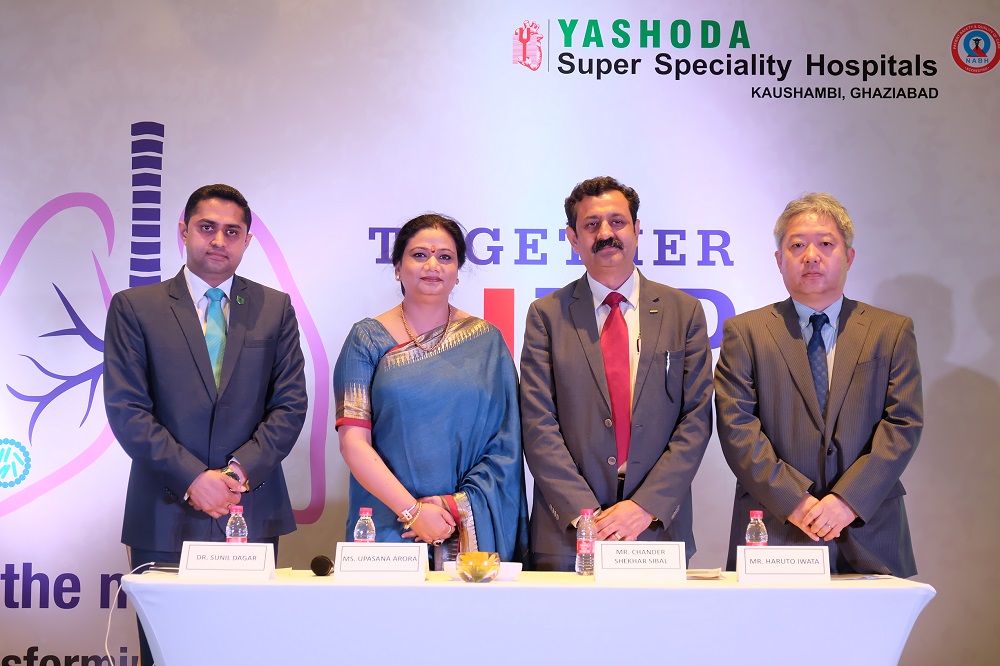 According to WHO’s Global TB report, Tuberculosis is the 10th leading cause of death worldwide, and since 2011 it has been the leading cause of death from a single infectious agent, ranking above HIV/AIDS and claiming over 4000 lives a day. India has the highest number of TB cases in the world at 27% of the 10 million people who developed the disease in 2017 globally. The situation in India is primarily due to the patients suffering from undetected tuberculosis for too long; late detection of disease which increases their risk of transmitting the disease to others. While the burden of the disease is declining slowly worldwide, the progress in controlling disease and mitigating its consequences is extremely imperative in India. To expedite the cause, continuous and conscious efforts need to be taken for early diagnosis and treatment.

Commenting on the occasion, Haruto Iwata, Managing Director, Fujifilm India Pvt. Ltd. said, “Our association with Yashoda Super Speciality Hospital is in line with our endeavour to fight against Tuberculosis in India. The correct education and awareness from Hospitals and doctors is a crucial first step and can significantly contribute to the government’s vision of completely eradicating the disease from the country by 2025.”

Understanding this need, Fujifilm India looks to contribute towards the wellbeing of the people who are suffering from the disease and yet are unaware of its repercussions. The main objective of the program TOGETHER END TB is also to emphasize that incomplete or delayed treatment can lead to serious complications or fatalities.

Further throwing light on the importance of early diagnosis of TB, Upasana Arora Director Yashoda Super Speciality Hospital said “The longer the disease is left undetected, the higher the chance that the patient will end up transmitting the infection in the community. With our joint efforts with Fujifilm, we look at addressing the issue in order to achieve the goal of ‘End TB’ in India.”

The program also encourages patients in India to complete their treatment cycle as ignorance or complacency can lead to MDR TB, which is even more dangerous and often not treatable.

Explaining the objective of the program,  Chander Shekhar Sibal, Senior Vice President, Head of Medical Division, Fujifilm India Pvt. Ltd. said, “In India, every year around 2.8 million people develop this disease with nearly 40% of them being infectious. Today’s program is our effort along with Yashoda Super Speciality Hospital to raise consciousness and promote advanced diagnosis and treatment of tuberculosis among patients.”

Dr. Sunil Dagar General Manager - Operations & Quality talking about the roadmap to deal with the problem said, “Mapping the disease will help in predicting, preventing and treating a number of cases in the community. The collaboration will open up new possibilities and help in generating awareness among the masses.”

Fujifilm India in association with Yashoda Super Speciality Hospital, distributed 1000 coupons for free chest X- Rays and TB check-ups. The installation of the Fujifilm’s Digital Radiography System ‘FDR Smart f’ at the hospital will help in efficient workflow and excellent image quality for the better diagnosis of Tuberculosis.