The goal of the meeting was to motivate, inspire and boost the morale of other Sarcoma patients undergoing treatment. 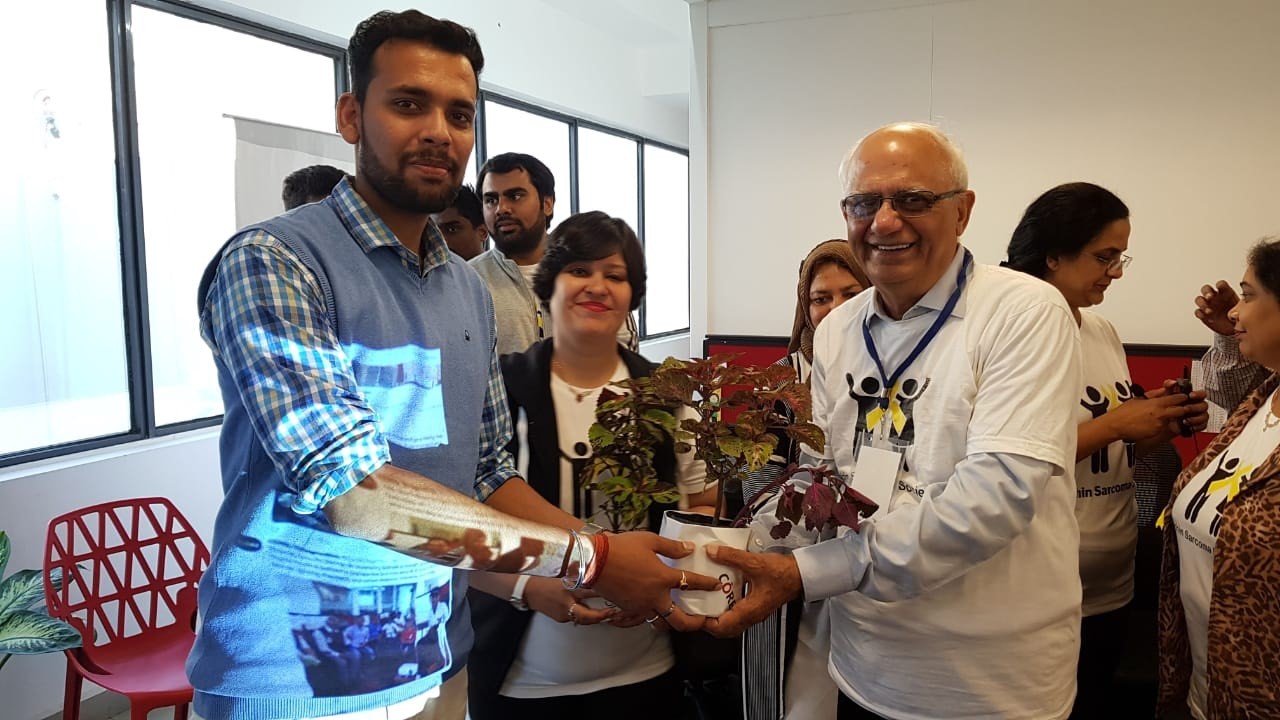 With its vision to remove the fear of Sarcoma, Sachin Sarcoma Society organized their quarterly support group meeting to create awareness about a rare type of cancer called Sarcoma. The event took place in collaboration with CORE Diagnostics, a next-generation laboratory with advanced diagnostics capabilities. “The goal of the meeting was to motivate, inspire and boost the morale of other Sarcoma patients undergoing treatment and also to understand the challenges faced by them”, said the President of the Sachin Sarcoma Society, Rashi Kapoor. The event was also attended by pathologists, scientists and others from CORE Diagnostics that are often the bearers of a sarcoma diagnosis for such patients.

Sarcoma usually develops from certain soft tissues, like bone or muscle and can be found in any part of the body. Lakshay Nagpal, a Parosteal Osteosarcoma survivor, was diagnosed with a tumor in his right thigh in November 2016. Narrating his story of survival, Lakshay said, “Cancer symptoms showed up six months after the pain started. He immediately took the biopsy tests that confirmed the disease. Fortunately, a timely correct diagnosis saved him from chemotherapy and radiation. After the surgery, he resumed his normal life and can walk freely without support.

The Sachin Sarcoma Society hosts a number of sessions for Sarcoma patients of all age groups and their families. Through the event there were many brave souls aged between 15-80 years—patients as well as caregivers—that shared their stories with brutal honesty.

Speaking on this occasion, Zoya Brar, Founder & CEO, CORE Diagnostics said, "Both the Sachin Sarcoma Society and CORE share a common mission. Our organizations are focused on things others don’t – helping bringing awareness and diagnosis to hitherto lesser known types of diseases. With this mission, we are taking one step further to sensitize the masses about Sarcoma, a rare type of cancer. Most often misdiagnosed, or diagnosed too late, Sarcoma patients are often subjected to a reality much worse than most other cancer patients. Therefore it is an urgent need to spread awareness on sarcoma. We are touched that the Sachin Sarcoma Society agreed to make us part of their mission. Most importantly, meeting such brave fighters has strengthened our resolve to continue our work on brining the most advance testing to Indian patients.”