NIPT can be conducted as early as 9th week of pregnancy, helping parents make informed decisions. 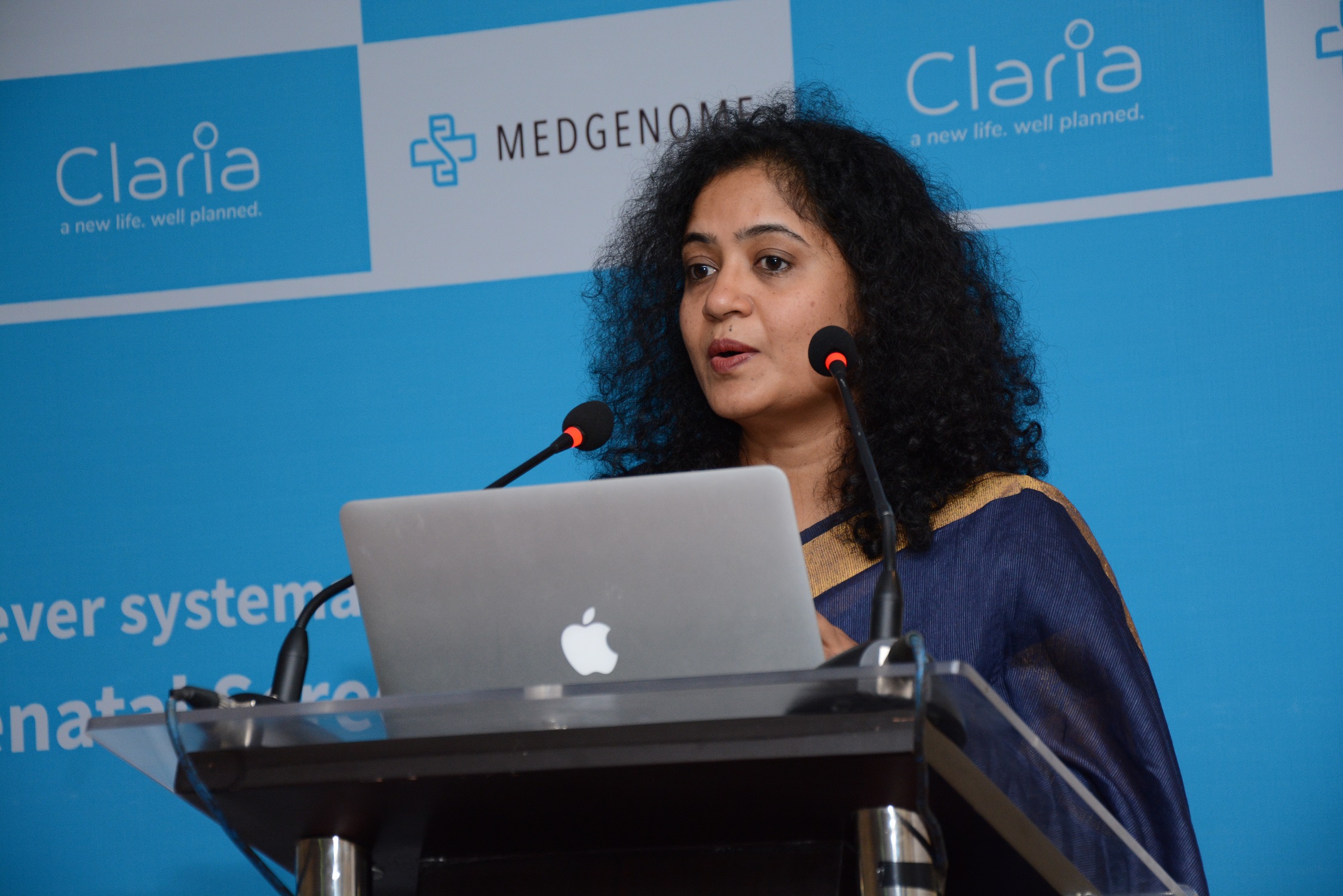 A nationwide study across 10 hospitals has found that NIPT (non-invasive prenatal screening test), is much more effective, accurate and safe for detecting chromosomal abnormalities in the unborn baby, compared to conventional biochemical tests such as the double marker (first trimester) and quadruple marker tests (second trimester), as well as ultrasound studies.

The study, initiated by genomics-driven research and diagnostics firm MedGenome, had Dr. I.C Verma, Director of the Institute of Medical Genetics and Genomics at Sir Ganga Ram Hospital, New Delhi as the Principal investigator. The study, published in the Journal of Obstetrics and Gynecology of India, showed that a chromosomal abnormality detected by Non-invasive Prenatal Screening Test (NIPT) was much more likely to be true and present in the foetus, compared to conventional screening tests, authenticating NIPT to be a much more accurate testing method.

India carries a heavy burden of genetic disorders. Studies suggest that chromosomal abnormalities occur with a frequency of 1 in 166 births in India, while Down syndrome (trisomy of chromosome number 21) has a high incidence rate of 1 in 800 births, resulting in the birth of 32,500 babies with Down syndrome every year in India, the highest number in the world. Early and accurate screening with NIPT can help families know about the genetic health of their baby and enable them to seek further help if necessary.

Dr. IC Verma of Sir Gangaram Hospital said: “This is India’s first-ever systematic study on the non-invasive prenatal screening test (NIPT). While the efficacy of NIPT has been well proven in the more developed markets, the results of this unique study in India clearly indicate that even for Indian women, NIPT is highly accurate when compared to conventional screening tests.

It is also remarkable to note that pregnancies considered intermediate to high risk through conventional screening methods were found to be low risk with NIPT. This means that a large number (96.2%) of women could potentially avoid invasive procedures such as amniocentesis and chorionic villus sampling which cause emotional anxiety and come with a risk of miscarriage (1 in 1000 for amniocentesis and 1 in 200 for chorionic villus sampling).”

Stressing the importance of non-invasive screening procedures, Dr. Priya Kadam, Program Director – NIPT, MedGenome, said: “NIPT can be offered to all pregnant women and is not gestation age specific. NIPT is a great alternative for pregnancies that have received an intermediate to high risk report on conventional screening tests. The high accuracy, safety and low false positive rate, make NIPT a very worthwhile option for any pregnant woman and the test can be performed from as early as the 9th week of a pregnancy. With greater awareness and wider adoption, NIPT can significantly help reduce India’s burden of genetic disorders.” It also reduces the frequency of invasive prenatal diagnostic tests that were necessary earlier in cases where conventional screening tests showed a positive result.

The study was conducted to analyze the performance of NIPT in Indian pregnant women, especially for diagnosis of abnormalities of chromosome numbers 21, 18, 13, and triploidy. NIPT screening was performed on 516 pregnancies, who had tested intermediate to high risk on conventional screening tests (Double marker, Quadruple marker test along with ultrasound studies) in the first and second trimester. The results were confirmed through invasive testing or clinical examination after birth. Over 96.2% of pregnancies were reported low risk and 3.8% tested high risk on NIPT for the conditions tested.

With a small blood sample drawn from the mother’s arm, the NIPT screening test analyses DNA of the unborn baby circulating in the pregnant mother’s blood to detect chromosomal abnormalities. It has a detection rate of over 99% and a very low false positive rate of under 0.3%. In clinical settings where NIPT is implemented, a significant reduction of 50-70% in invasive procedures is observed among pregnant women, saving much pain and distress and avoidance the loss of normal babies through invasive procedures.

NIPT is a revolutionary technology which has changed the practice of diagnosis of diseases in the unborn baby all over the world. Initially it was validated for diagnosis of abnormalities of chromosome numbers 21, 18, 13 in singleton pregnancies but has now been extended to pregnancies with twins and even IVF pregnancies with ovum donation. The scope of the test continues to be expanded and currently includes clinically relevant microdeletion syndromes such as 22q11.2 and some single gene disorders. It is also enabling prenatal diagnosis of other genetic disorders from the mother’s blood. Once fully adopted prenatal diagnosis can be provided to pregnant women in rural areas who otherwise had to travel to tertiary care centers for prenatal diagnosis, as it only involves collection of blood from the pregnant woman’s arm.