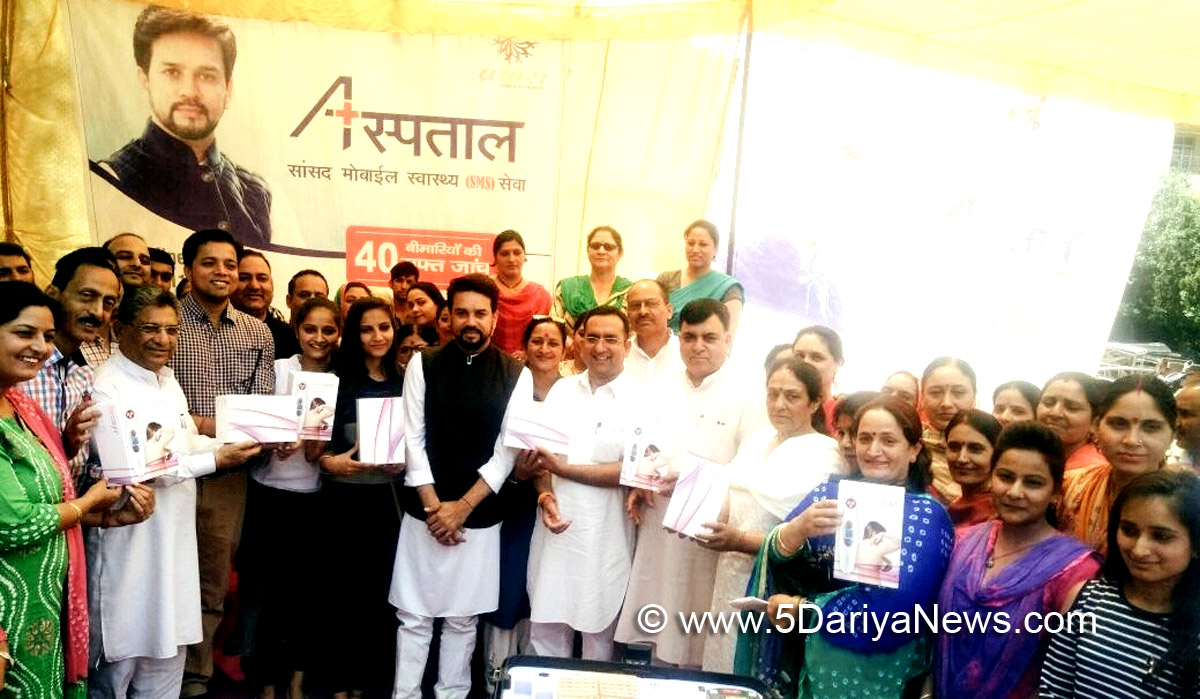 BJP MP from Hamirpur, Anurag Thakur has launched portable breast cancer indicating device and will provide machines in the Mobile Medical Units (MMU) started by him to ensure timely treatment in case of a positive result.

The MMUs named Asptal – Sansad Mobile Swasthya (SMS) Seva is operational in Hamirpur district since May 1 and within a span of first eight days, the mobile hospital had 1,610 registrations and has attended 1,607 patients.

This device will become an added feature of the mobile hospital that at present is conducting close to 40 tests, absolutely free of cost. Each of the Asptal has a female health worker who will be carrying out the test on patients.

MP said that introducing this device as a part of Asptal is an effort aimed in this direction. “We have dedicated women health workers as a part of our mobile hospital – Asptal who will perform this test on women, in a safe environment. I chose the occasion of Mother’s day to introduce this machine as I thought there could not be a better gift than this to all the mothers, sisters and daughters.”