500-bed ESIC hospital to come up in Manesar

The Rs 500-crore hospital will cater to six lakh workers from Gurugram and neighbouring districts of Mahendragarh, Nuh and Rewari 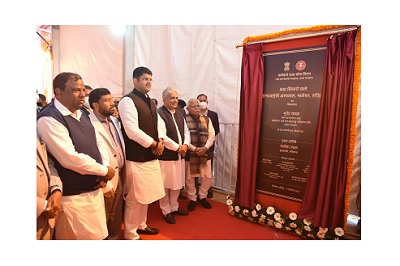 Keeping the need of Nursing staff in ESIC Hospitals, the minister announced to open a nursing college in Manesar. The announcement was welcomed by Haryana CM with the commitment of providing five-acre land for this nursing college.

Yadav said that another medical college under ESIC will be established in Alwar. The Manesar hospital will be built on an eight-acre area at the cost of Rs 500 crore. Around six lakh workers from Gurugram and neighbouring districts of Mahendragarh, Nuh and Rewari will get treatment facilities through this hospital.

Yadav also announced an open competition for students of architecture to prepare the design of this Manesar ESIC hospital and declared a cash prize of Rs 2 lakhs for first prize, Rs 1.5 lakhs for Second Prize and Rs 1 lakh for third prize.