The programme will cover 5000 villages across five years 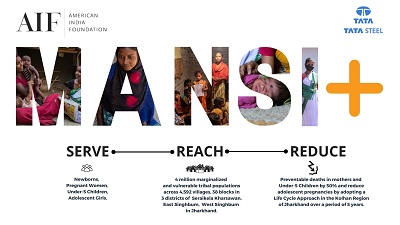 After a decade of successful implementation of MANSI across 1700 villages in 12 blocks across three districts of Jharkhand and Odisha, an enhanced version of MANSI viz MANSI+ is being rolled out through the Public Private Partnership (PPP) model in the Kolhan region of Jharkhand covering all 38 developmental blocks across three districts viz East Singhbhum, West Singhbhum and Seraikela. The programme will cover 5000 villages across five years (June 2021 - May 2026) and will reach out to approximately four million marginalised and vulnerable tribal populations in the region.