Government opens AIIMS and ICMR Centre in Gorakhpur, UP

PM dedicates to the nation various development projects in Gorakhpur 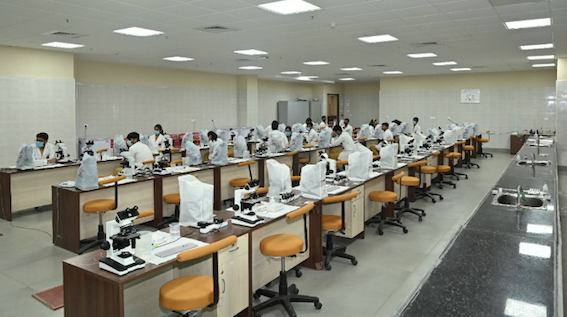 The AIIMS whose foundation stone was laid in 2016 in Gorakhpur by the PM is spread over 112 acres, and constructed at a cost of Rs 1011 crore.

The PM said after independence till the beginning of this century, there was only one AIIMS in the country. Former Prime Minister Atal Bihari Vajpayee had approved 6 more AIIMS.

He said work is going on across the country to build 16 new AIIMS in the last 7 years. He announced that the goal of his government is that every district in the country must have at least one medical college.

The PM noted drastic reduction in the cases of Japanese Encephalitis in the area and growth of the medical Infrastructure in the area. “With AIIMS and ICMR Centre, the fight against JE will gain new strength”, he said.