The study included 960 subjects from the tribal states of Chhattisgarh and Madhya Pradesh, who ranged in age from six months to 65 years 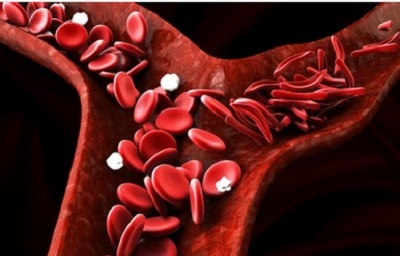 Research published in the journal Frontiers in Medicine found that Gazelle, a diagnostic platform from Hemex Health, has 99 per cent accuracy in diagnosing sickle cell disease (SCD). The research team, from India’s National Institute of Research in Tribal Health (NIRTH), have been hoping to find a low cost, highly accurate, point-of-care rapid detection test for SCD because current testing requires sending samples to a lab, resulting in delays, inability to communicate with patients, and in some cases corruption of the studies due to heat or rough conditions.

“At least 15 per cent of all newborns with sickle cell disease are from India, and it is estimated that 20 per cent of Indian children with sickle cell disease die from related illnesses before reaching their second birthday,” said Dr Shanmugam Rajasubramaniam, Head, Division of Genetic Disorders, ICMR-National Institute of Research in Tribal Health.

In the study, the NIRTH team tested Gazelle to compare its accuracy against the standard laboratory tests, HPLC and haemoglobin electrophoresis. The results showed Gazelle performing with similar accuracy, but with more speed and ease.

The study included 960 subjects from the tribal states of Chhattisgarh and Madhya Pradesh, who ranged in age from six months to 65 years. Gazelle identified all patients with disease (HbSS) with 100 per cent accuracy. Gazelle demonstrated 100 per cent sensitivity when comparing sickle cell disease versus sickle cell trait and sickle cell disease versus normal. Gazelle exhibited high sensitivity and specificity for detection of each relevant haemoglobin phenotype (normal, carrier, and disease states). Overall, Gazelle yielded a high accuracy (99 per cent) compared to the reference standard tests, haemoglobin electrophoresis and HPLC.