100 per cent of the population have received the first dose 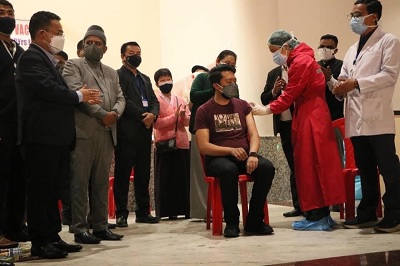 On average, till now 9,12,325 people were vaccinated. From health workers, front line workers, 45 years and above, to 18 to 44 years all the categories were well taken care of. In addition to this, 4770 doses were provided to the Indian army.

The Government of Sikkim took aggressive measures to ensure the welfare of its people. The vaccination drive was taken very seriously. A team of senior officials and members from the health department was put together to monitor the vaccination status daily.

The topmost priority was to vaccinate the maximum population possible. The members collectively worked towards immunising the whole Sikkim and achieved it in no time with proper planning and teamwork.