TGI collaborates with IGG for better health services in MP 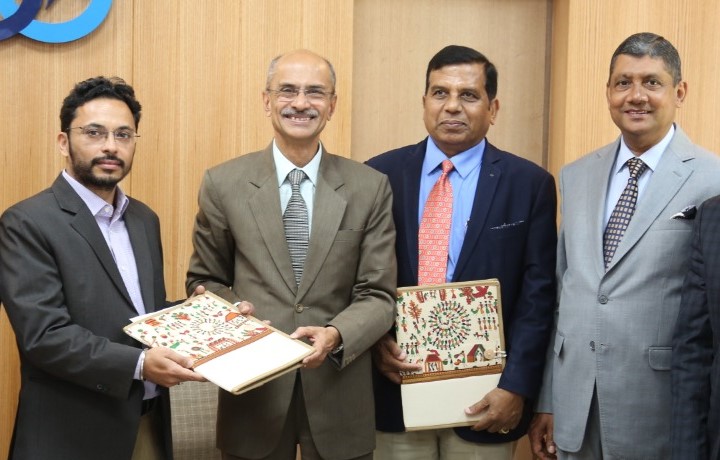 The George Institute for Global Health (TGI) and the Atal Bihari Institute of Good Governance and Policy Analysis, (IGG) a think-tank of the Government of Madhya Pradesh will work together in a number of key health areas to make health services better in the state.

An MoU between the institute and TGI was recently signed and has identified various key areas on which this collaboration will work.

TGI has rich experience in rapid evidence research and their experience will be used in further studies. These areas include research in non-communicable diseases, capacity building of ANM and other grassroots workers, lowering deaths due to snakebite and road traffic injuries through research-based interventions, knowledge management in the health sector, etc.

The aim of the collaboration is to inform health systems and policy decision making through joint publications, forums, seminars, and other dissemination activities at both state and national levels.

The MoU was signed by R Parasuram, Director-General, IGG and Amit Khanna, Director, Finance and Operations, The George Institute.

Welcoming the partnership, Amit Khanna said, “We at TGI look forward to collaborative work in a State that has come forward to use high-quality evidence to improve the life of its people. Through this partnership, we would endeavor to demonstrate the use of innovative approaches to create system-wide change for the people at the bottom of the pyramid.”

R Parasuram said, “The areas to work on include working in a collaborative manner to enhance the capacity building so that the outreach of the services becomes better. There are a number of areas on which we have to work including systemic improvements. Health is a focus area in MP and an area of concern to the government.”

The MoU seeks to explore other opportunities where the skills and expertise of both organizations can be beneficially combined.

Dr. Soumyadeep Bhaumik, research fellow, TGI added, “The partnership between IGG and TGI is very exciting and I look forward to working together for policy-relevant research particularly around snakebite, and road traffic injuries in Madhya Pradesh. We also look forward to creating expertise in the area of systematic reviews and rapid evidence synthesis which can benefit policymaking in the State”

The function was attended by Madan Mohan Upadhyay, Principal Advisor, Social Sector and other team members from IGG and TGI.