OPD Services that were operationalized for AIIMS Bathinda include General Medicine, Gynae & Obs; General Surgery & others 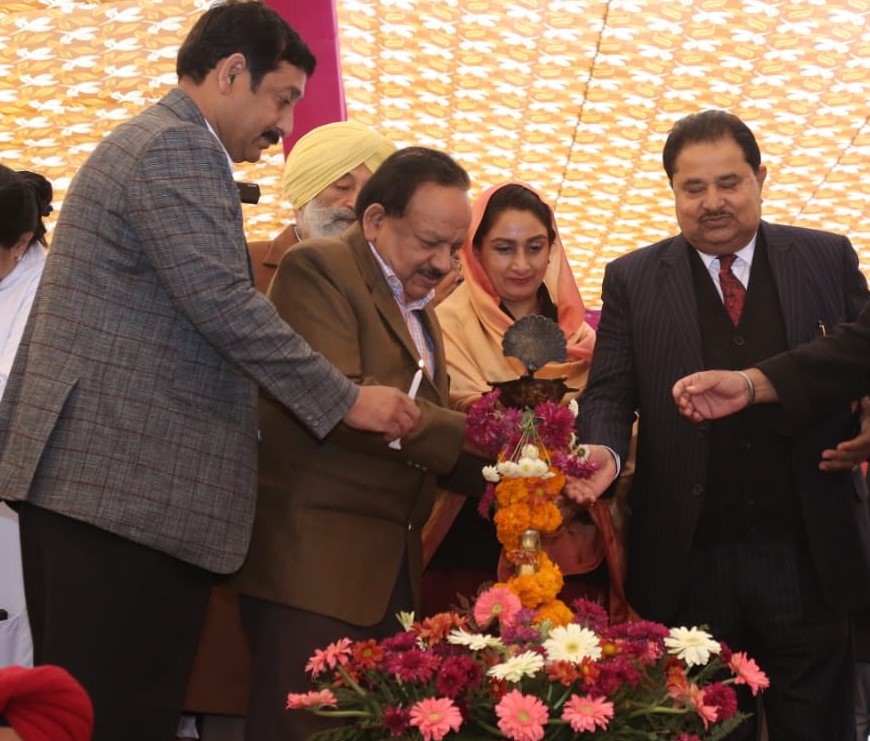 Dr Harsh Vardhan also announced that the satellite centre for PGI Chandigarh will come up at Firozpur at a cost of Rs. 450 cr, and this shall be operational by 2022.

While inaugurating the OPD services, Dr Harsh Vardhan said, “AIIMS Bhatinda will be fully functional by June, 2020 and PGI Chandigarh is the mentor institute supporting it. First Batch of 50 MBBS Students of AIIMS Bathinda has been started from the academic year 2019-20 in Baba Faridkot University. The Cabinet approved the proposal for establishment of AIIMS at Bathinda in Punjab at a cost of Rs 925 crores in the month of July.

The operationalisation of the OPD services will immensely benefit the people of Bhatinda and the nearby regions with high quality and affordable medical services, the Union Minister said.

“Under the leadership of Shri Narendra Modi ji, the Hon. Prime Minister, health has been positioned as one of the top priorities of the government”, he stated. The government through its continual efforts aims to ensure that assured, affordable and quality health services are provided to all. It is a reflection of the commitment of the government to the health sector that the numbers of AIIMS have now increased to 21 and work is also progressing on setting up of 157 Medical Colleges mainly in the aspirational districts of the country to ensure that people here are provided superior health services”, he added.

He also said, “Upgradation of 75 district hospitals to Government Medical Colleges/Institutes envisaging to improve tertiary health infrastructure through construction of Super Speciality blocks / Trauma Centres etc., have been taken up and is rapidly progressing. The Union Health Minister also stated that with Ayushman Bharat, while on the one hand comprehensive primary healthcare is being provided through the 1.5 lakh Health & Wellness Centres (HWCs), PMJAY has already benefitted nearly 70 lakh people who are the most needy and vulnerable, while 11.66 cr beneficiaries have been provided the e-cards. He also highlighted the efforts being made by the government through Fit India movement and Eat Right India campaign.

“To meet global targets of universal health coverage, we have expanded the basket of vaccines; now immunisation against 12 vaccine preventable diseases is available under UIP”, he stated.

Harsimrat Kaur Badal, Union Minister for Food Processing Industries stated, “New AIIMS at Bhatinda shall help the people of the region avail of superior healthcare services. Under the leadership of the Hon. Prime Minister, healthcare services are being strengthened all over the country.”