Within the healthcare industry, the medical devices segment is expected to be the biggest beneficiary, with additional revenues of $2 billion 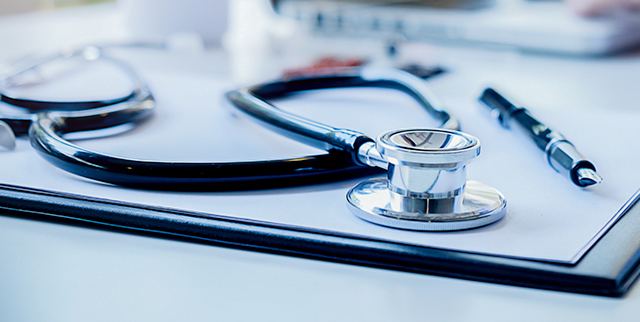 As the government’s ambitious National Health Protection Scheme (NHPS) under the Ayushman Bharat Yojana or or Pradhan Mantri Jan Arogya Yojana (PM-JAY) completes a year, SKP – India’s leading provider of business consulting, business services, and professional services– published a whitepaper titled India’s National Health Protection Scheme: Ayushman Bharat – Growing Opportunities in Affordable Healthcare. The paper aims to examine the impact of the scheme that signals a shift in the government’s traditional role in healthcare from being the primary provider to being a payer.

NHPS is a major indicator of the government’s assurance to focus on secondary and tertiary healthcare, particularly for sections of the population that do not have easy access. Since its launch, NPHS has covered about 100 million eligible families, offering insurance coverage of ~USD7000 across 1,350 procedures in major therapies. Over 30 states and union territories have been covered so far.

The paper explores different aspects of the scheme with a focus on how NHPS provides the government with a unique opportunity to bring institutional reforms to a sector, where historically, change has been difficult to implement. In a country like India, the penetration of health insurance has been on the lower side for years. However, it has almost doubled between FY 2013-17 across urban and rural India, witnessing an upward trajectory.

The paper lays thrust on the fact that the NHPS offers an important stimulus to the healthcare industry, spiking up growth rates across sectors in the future. It mentions how the Healthcare Delivery sector would be the largest beneficiary by volume, as hospital capacity needs to be built up significantly and rapidly to service the added influx of patients.

The Medical Equipment and devices industries could naturally follow, with improved demand arising out of the jump in access and affordability. India’s medical devices industry is at a very nascent stage and is significantly smaller than other emerging and developing economies. Due to NHPS and the resultant expansion in the patient pool and bed capacity, this industry may benefit to a great extent, particularly for categories like equipment and instruments, and consumables and disposables. Some medical device product categories like diagnostic equipment, syringes and needles, stents, etc. are likely to witness a greater impact than others.

The whitepaper mentions that there is also a chance that the pharmaceutical industry may see an acceleration in growth gradually. In terms of a boost for the pharma industry, the addition of 150,000 Health and Wellness centers could create a massive influx of first-time patients who are prescribed medicines at the primary care level.

NHPS’ target coverage is about 500 million individuals (or 100 million families). As of March 2019, close to 15,000 hospitals have empaneled with NHPS and are treating ~6000 patients per day, with an average claim of ~USD 170. This translates to 2.5 million patients availing services annually, with an inpatient ratio of around 0.75%. The National Health Agency is targeting a four-fold increase in the number of patients to 30,000 patients per day. This equals roughly 10 million patients annually once the program stabilizes over the next few years.

The paper further asserts that implementing such a large scheme in India is an ambitious task, and the long-term success will depend on many factors. In its role as an enabler, the Indian government may have to join hands with the private sector and not-for-profit organizations, while paying attention to regulations, technology assessments, pricing structures, quality of care, and infrastructure.

For now, NHPS is being seen as a stepping stone to achieving Universal Health Coverage (UHC) in India. The whitepaper suggests that in the long run, NHPS will provide the government with a unique opportunity to bring institutional reforms to a sector, where traditionally, change has been difficult to implement.

Ayushman Bharat is India’s first move towards a Continuum of Care approach to providing healthcare delivery in India. The program is being viewed as one to bring a mindset shift for the target population by identifying healthcare as an important pillar in improving both quality of life and economic prosperity of the nation.

Speaking about the paper, Ravi Menon, Senior Business Adviser - Healthcare (APAC) at SKP said, “The Indian healthcare market is underpenetrated and has tremendous potential for growth. For now, Ayushman Bharat has the potential to set the stage for considerable long-term benefits. While the immediate impact of NHPS on Healthcare Delivery may be limited, it is expected to see growth with an increase in awareness, average spend, and policy focus towards Universal Health Coverage.”