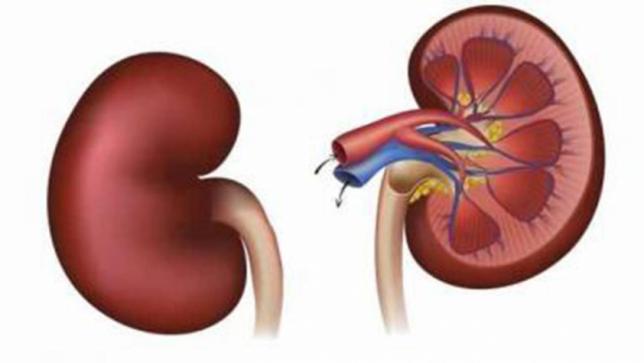 A team of doctors at Fortis Escorts Hospital, Jaipur performed a landmark surgery when a swap kidney transplant was conducted through laparoscopic technique, a first in the state. All the FOUR surgeries were completed within SIX hours by the team consisting of two surgeons, two nephrologist, four anaesthetics and support staff.

Anil (name changed), 24-year-old from Haryana, was suffering from Chronic Kidney Failure that required an urgent kidney transplant. Kanaram (name changed), 44-year-old from Rajasthan, was suffering from high Blood Pressure that affected his kidney with an urgent need for a transplant. However, donors for both, mother of the former and wife of the latter, failed to get a match. However, when both the patients came to Fortis Escorts Hospital in Jaipur, the patients saw a ray of hope for a possible swap kidney transplants to save both the patients. After all due procedures and tests were done, the doctors found out that both the candidates are eligible for a transplant.

Dr Sandeep Gupta, Additional Director- Urology, Andrology & Kidney Transplant Surgery, Fortis Escorts Hospital, Jaipur said, “Swipe kidney transplant in India is permissible by a person who is related to the patient. However, in this case, the potential donors were not related to the respective recipients which posed a challenge in terms of getting permissions for the process – we had to take permissions from no objection certificate from state government. An expert team of two surgeons, two nephrologists, 4 Anaesthetics along with support staff chose to perform this process laparoscopically and it took us 6 hours to perform the surgery that was done at the same time on all 4 of them. Dr Ajay Singh, Nephrologist – Metro mass Hospital who was treating Mr Kanaram, played an important role in this episode. When Dr Ajay Singh find that Kanaram’s wife can’t donate her kidney to his husband because of the different blood groups, he shared the case with other Doctors including me, fortunately we have second family’s details in our records which matched the donor’s & recipient’s medical needs.”

Kidney failure is the extreme state of kidney diseases that is on rise due to increase in lifestyle and metabolic diseases such as hypertension and diabetes, to name a few. The transplant of kidney is required for diseases that are not curable. However, due to nuclear families, number of legal donors are plummeting, and patients struggle to find a suitable donor outside the family.

Dr Rajesh Garsa, Consultant – Nephrology, Fortis Hospital Jaipur said, “Organ donation is one of the ways in which we may address this shortage. This is possible in people who are brain dead as well as in those who are alive. Donating one organ may require a donor remain extra careful to a heady lifestyle but his or her donating an organ can save a life. We need to spread awareness about the importance of organ donation and dispel the myths around it. Besides, it is important that people take urgent steps to avoid contracting lifestyle diseases – they should maintain a healthy and active lifestyle, should go for regular check-ups to check sugar levels and control diabetes.”

Vivan Singh Gill, Zonal Director, Fortis Escorts Hospital, Jaipur, Rajasthan said, “This has been a unique and unprecedented opportunity for Indian medical fraternity to display its dexterity in sensitive surgeries. The legacy of Fortis has been upholded by the quick and meticulous solution provided by our competent team of doctors. I would like to thank Dr Sandeep Gupta, Dr Rajesh Garsa and other supporting staff for their extraordinary support to the hospital to uplift the skills of hospital. I am certain that with such brilliant professionals under our roof Fortis is sure to augment the path of excellence for Indian medical fraternity.”