Amaara by Fortis saved many newborns by supplying 1142.470 litres of pasteurized human milk 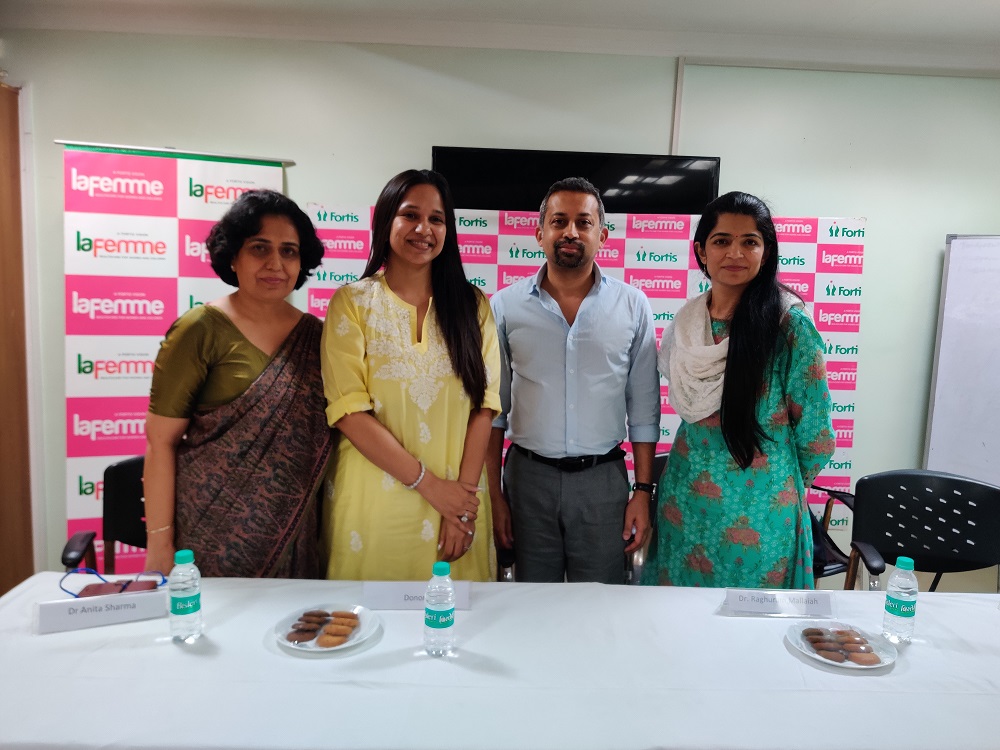 Fortis La Femme, Delhi’s specialized hospital for women & newborns in collaboration with the Breast Milk Foundation (BMF), a non-profit organization established the first Pasteurized Human Milk Bank, ‘Amaara’ in Delhi-NCR three years back in 2016. The key objective was the promise and hope to save newborns, babies with safe, hygienic breast milk and those mothers who are unable to breastfeed. In these three years, the Amaara Milk Bank has been able to help 716 babies during their NICU (neo-natal intensive care unit) stay, create a strong volunteer base of 190 donors, and pasteurize 1155 litres of milk.

India has one of the largest number of low birth weight babies in the world, with significant mortality and morbidity rates. According to IndiaSpend Report 2016, as many as 700,000 newborns die in India each year—29 per 1,000 births—due to low birth weight and preterm deliveries. Today, there are 60-plus human milk banks in India, in both public and private hospitals. This number has risen from 14 in 2014, to 30 in 2016.

Today, Fortis La Femme Amaara Milk Bank has a total of 190 volunteer mothers who have donated their milk and have supported this unique initiative. The process to apply as a donor is very simple - register, get a physical check- up and a general background check. The next steps for the selected mothers is to express the milk and store it in their home refrigerators, to be collected by the milk bank staff.

According to Dr Raghuram Mallaiah, Director & HOD, Neonatology at Fortis La Femme - “Breast milk is the best nutritional food source for premature and low birth weight infants and should be available to babies deprived of their mother’s milk. WHO and UNICEF strongly recommend that to reduce infant mortality, breast milk from own mother or a healthy donor mother is the best possible way. In certain medical situations, mothers are unable to breastfeed their newborns or unable to produce sufficient milk for their babies. In all the cases, pasteurized donor milk is the best and essential recommendation. Since 2016, we have been associated with 38 hospitals across Delhi/NCR where we are able to provide pasteurized milk to babies who are admitted in the NICU and who are critically in need of breast milk.”

Dr Anita Sharma, Lactation Consultant, Fortis LaFemme- “Mother’s milk is a baby’s birthright. The content and nutrients of mother’s milk can’t be replaced by any formula milk in the world. Since we will be observing Breastfeeding Week from tomorrow 1-7 July 2019, this gives an ideal opportunity for us to bust all myths related to breastfeeding. In cases where mothers aren’t able to breastfeed their newborns due to various reasons, milk banks such as Amaara is a boon for them.”

Vritti Lumba, Facility Director, Fortis LaFemme said, “We are providing pasteurized milk to 38 hospitals around Delhi/NCR and helping newborns get access to safe, hygienic breast milk. Although, globally human milk banking is common practice, it is a fairly a nascent concept in India and is gradually picking up. We need to come together to fight infant mortality with more pasteurized milk banks.”

A 2016 UNICEF - WHO report on Nurturing the Health and Wealth Of Nations: The Investment Case For Breastfeeding notes that India, along with Indonesia, China, Mexico and Nigeria, accounts for more than 236,000 child deaths every year due to inadequate breastfeeding.