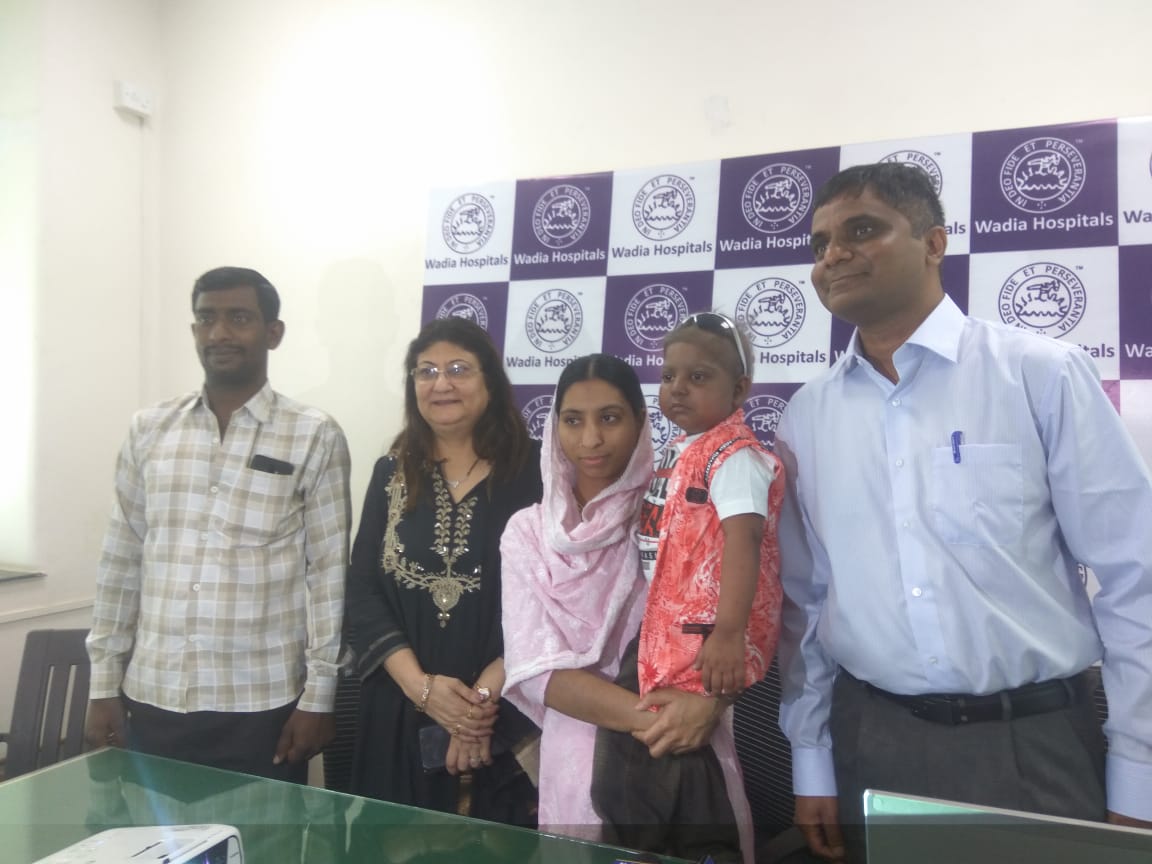 The patient hails from Nanded and had Griscelli syndrome since birth. He developed haemophagocytic lymphohistiocytosis because of Griscelli syndrome, which is a life-threatening disorder of excessive immune activation.

Ayan was first presented to Wadia hospital with haemophagocytic lymphohistiocytosis when he was 2 years old. His overactive immune system was affecting the liver and bone marrow, so he was  treated with steroids and chemotherapy to control the overactive immune system. He responded well to the treatment and was advised to undergo bone marrow transplant in another centre since the bone marrow transplant facility was not available at Wadia hospital.

“Ayan’s transplant was particularly challenging because Ayan continued to have active disease involving the liver and bone marrow, despite treatment with steroids and chemotherapy. We treated Ayan with an imported drug called Alemtuzumab to control the overactive immune system. Ayan had good response to Alemtuzumab. This improved the chance of success of the bone marrow transplant procedure. Ayan is now 3 weeks post-transplant. Bone marrow graft is working well and all his affected organs such as liver, bone marrow and brain are functioning normally. He is scheduled for discharge at the end of this week. It is really satisfying to perform bone marrow transplant procedure exactly the way one would perform it in the UK or USA," said the doctor.

Dr Minnie Bodhanwala, CEO, Wadia hospitals said "It is the beginning of new era for BJ Wadia Children’s hospital. We are pleased to offer complex procedures such as bone marrow transplant to patients irrespective of their economic status. 500 Cases in Maharashtra requires BMT, there are very few centres offering such facilities and we are delighted that we will be able to treat such cases at affordable costs.”