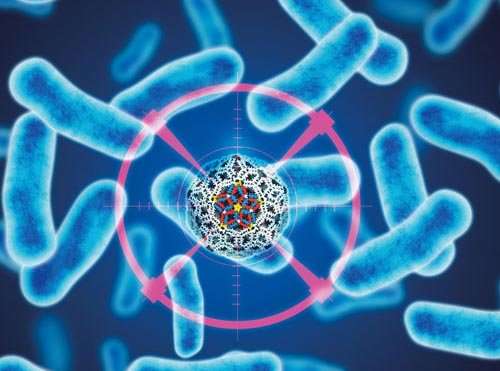 India is amongst the world’s largest consumers of antibiotics for human health. A recent white paper by Aetna International titled ‘Antibiotic resistance: Toward better stewardship of a precious medical resource’ highlights the need for immediate action to contain the situation. Multiple factors, such as high burden of disease, poor public health infrastructure, rising incomes and the unregulated sale of cheap antibiotics have amplified the crisis of antibiotics resistance in India. Antimicrobial Resistance (AMR) is causing around 7 Lakh deaths worldwide and the death toll may reach 1 crore per annum by 2050.

A 12-country survey by the World Health Organisation (WHO) in 2015 demonstrates that at least 75 percent of respondents from four countries including India reported taking an antibiotic within the last six months, compared with just 35 percent of those from Barbados. As per a Lancet report, resistant infections are more expensive to treat and patients infected with resistant strains of bacteria are more likely to require longer hospitalisation. In the US alone, over 2million people suffer from illness due to drug resistant bacteria every year. This costs the United States an additional Rs.1,30,000 Crores (20 billion US dollars) in healthcare spends. In BRICS countries, antibiotic consumption is expected to increase by 99%. Agricultural consumption of antibiotics, which is primarily used to promote growth and not treat disease in animals, was estimated at 63,151 tons in 2010 and is expected to rise by two-thirds by 2030. Research shows that 75-90% of antibiotics given to animals pass through to the environment. This promotes drug resistant bacteria that infect humans and animals. A partial solution to the problem of antibiotic usage in agriculture would be to reduce people’s reliance on meat as a source of nutrition. The UK-based Academy of Nutrition and Dietetics advocates that going meat-free for one day a week can improve your health and the environment.

Addressing the growing concerns around the Antibiotic Resistance worldwide, one of the contributors to the whitepaper, Dr. Prashant Kr Dash, Chief Medical Officer, vHealth by Aetna said, “The majority of Indians think antibiotics can cure illnesses such as common cold and gastroenteritis, which is a wrong perception. The majority of these infections are caused by viruses and antibiotics have no role in their treatment. This problem of inappropriate antibiotic use is compounded by their easy availability at pharmacies. In many cases, patients experience unwanted serious side effects of antibiotics like an allergic reaction, diarrhea, vomiting, kidney failure, changes in blood sugar levels and toxic effects on the heart and liver. This persuaded us to collate this study which will create awareness on the issue and draw attention to the alarming health crisis being faced globally.”

On Aetna International’s plan to combat antibiotic resistance in India, Mr. Manasije Mishra, Managing Director, India Health Organisation & Aetna India said, “Antibiotic resistance is a crisis that effects everyone globally.  We need to address this issue now with a global, multifaceted strategic solution. In India, with our vHealth by Aetna teleconsultation service, Aetna is taking a three-stage approach that emphasizes antimicrobial stewardship in clinical training audit medical consultations, the identification incorrect antibiotic usage in patients and offers counseling on appropriate usage, dosage, duration and rationale of using antibiotics. By these means, we are initiating steps to help combat the growing threat of AMR in the country.”