The awareness camp was attended by around 500 people with haemophilia, their caregivers and families. 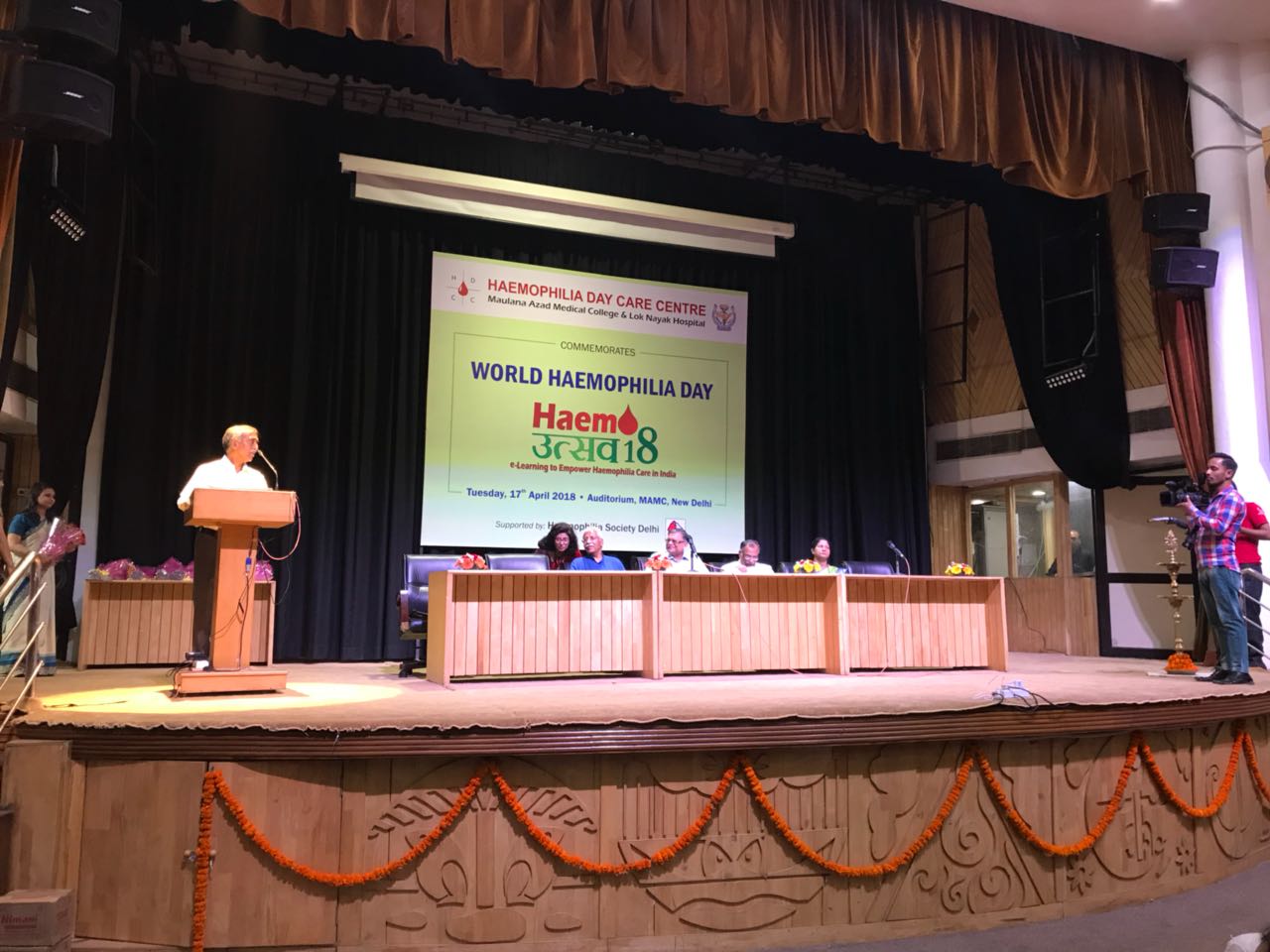 The awareness camp was attended by around 500 people with haemophilia, their caregivers and families. These programs are instrumental in creating more awareness about haemophilia management and treatment.

Globally India is amongst the top ten countries of people living with haemophilia A with around 18,000 reported cases. By the age of 25 years, 79% of people with Haemophilia are likely to become severely disabled if proper treatment is not provided.

In the past, HDCC of Delhi Government has won a global award for introducing yoga sutra in Haemophilia, taken up advocacy and capacity building programs, launched skill-based training programs and a self-infusion program and created self-help groups for Haemophilia.

The program commenced with an address by Dr. Naresh Gupta, Central Network Coordinator for Haemophilia Care and Haemophilia Society, Delhi and a release on self- infusion brochure along with a haemophilia card for patients. An updated Haemophilia India website (www.haemophilaindia.com) was also launched for e-learning.

Supporting the initiative, Melvin D’souza, Managing Director, Novo Nordisk India said: “There is a huge cost burden on the families with haemophilia patients. This burden can be significantly reduced if the right treatment is initiated to these patients at the right time.”

Haemophilia is a hereditary disorder of blood coagulation due to decreased levels or a complete lack of clotting factors which results in profuse bleeding into joints, muscles or internal organs, either spontaneously or as a result of accidental or surgical trauma. The number of bleeding episodes may vary depending on the severity of the condition that is based on the level of residual clotting factors present in blood. By regular replacement therapy with clotting factors, the number of bleeding episodes can be reduced to the maximum possible extent.