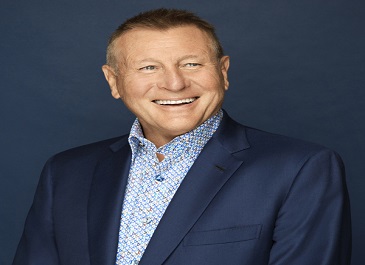 Quintiles Founder Dr Dennis Gillings will retire from his position as executive chairman of Quintiles Transnational Holdings at the end of this year, December 31, 2015. Dr Gillings will remain on the board as a director. The Board has appointed Mr Jack M Greenberg to serve as chairman of the board, effective January 1, 2016.

Dr Gillings took Quintiles public through its first Initial Public Offering (IPO) in 1994, and then led a leveraged buyout to take the company private again in 2003. Quintiles remained a private company for 10 years until its second IPO in 2013. Dr Gillings served as Quintiles CEO for nearly all of the company's first 30 years of operation until current CEO Mr Tom Pike joined the company in 2012.

"Quintiles grew very quickly and consistently from its beginnings in 1982," Dr Gillings said. He added, "It has been a memorable ride to get to our multi-billion dollar status today, and I feel privileged to have led this journey. However, I believe there is so much more to come," he continued. "I wish Tom and our management team great success navigating our next era of opportunities so that patients are able to access fast-moving medical advances more easily, timely and cost effectively. Thank you, employees for making all this possible."

Quintiles CEO Mr Tom Pike noted Gillings' continuing importance to Quintiles, "There would be no Quintiles without Dennis Gillings. The vision that Dennis displayed in the early years of Quintiles led to a revolution in the way drug development is conducted. He truly was a pioneer in the emergence of the clinical research organization (CRO) industry."

"Dennis recognized that a company such as Quintiles could become a true partner with its biopharmaceutical customers rather than a task manager, and provide a plethora of value-added services from product development and commercialization to advisory, regulatory and real-world, late phase services. We are proud to have him as our founder, and will continue to seek his guidance as he continues his work with the Quintiles Board," added Mr Pike.