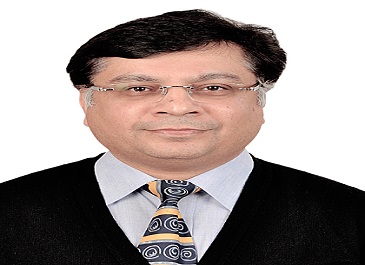 AIMED recommendations range from tariff corrections to a new regulatory regime. Specifically AIMED has urged the government both at the Centre and states to ensure the following:

(i) A separate Medical Device Regulatory Act and separate Rules with IHPRA - Indian Healthcare Products Regulatory Authority rather than proposed ongoing amendment to D&C Act with compliance audits by 3rd party certification and have a mandatory compliance and regulatory framework built on soon to be launched QCI certification to ensure Patient Safety.

(iii)A dept for Medical Devices, a Separate Ministry for Healthcare products to act as facilitator and regulator and coordinated plan between Central Government and State Governments to aid existing manufacturing clusters and new medical device parks.

(v) MRP based tax as disincentive for high MRP to ensure consumer protection.

(vi)Launch of a voluntary ICMED 13485 certification by QCI for enabling doctors and procurement agencies to have confidence in good quality medical devices.

(viii) A 15 percent preferential pricing online of World Bank and WHO tenders to support domestic manufacturers and counter 17 percent subsidy from China.

"These policy rollouts would reduce our humungous import dependency quickly, create vibrant manufacturing eco-system and generate lakhs of high-value jobs within the country, something which we all want," said Mr Rajiv Nath, forum coordinator of AIMED.

Mr Nath added that these policies are a must to make India a super global hub for medical device manufacturing and to boost up PM Modi's 'Make in India' vision.

The market at retail and institutional sale is expected to grow to over Rs 2,00,000 lakh crore by 2020. Thus if domestic manufacturing is not boosted, it will create multi-dimensional macro-economic and social security problems. Medical device was also among the top five priority sectors as part 'Make in India' roll out program.

The government at the Centre has taken some appreciable measures to rekindle domestic manufacturing but certain critical policy and regulatory support are still not in place to translate good intentions into ground reality. Accordign to AIMED, these 8-point recommendations will go a long way to fill the gaps and vitalize the medical device manufacturing.

"I am all thankful to Shri Chandrababu Naidu for not only taking the lead in setting up country's first medical device park but also for assuring us that he will utilize his good office to ensure the success of medical device manufacturing by taking up industry's concerns at the appropriate platform," said Mr Nath.

On behalf of industry, Mr Nath has also expressed his heartfelt thanks to Dr Jitendar Sharma, Advisor to AP Govt on Health & Medical Technology and also the head of Technology Division of NHSRC, Ministry of Health & Family Welfare, GOI for his proactive support for ensuring smooth setting of medical device park in the state having common manufacturing facilities to reduce capital expenditure for their project and offer low cost rentals and revenue support services to enable these units to be Competitive instead of the usual capital subsidy model .