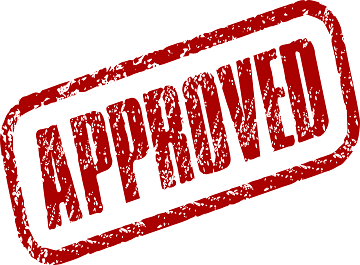 Boston Scientific has received US Food and Drug Administration (US FDA) approval for the WATCHMAN, a left atrial appendage closure device.

The WATCHMAN offers a new stroke risk reduction option for high-risk patients with non-valvular atrial fibrillation,  who are seeking an alternative to long-term warfarin therapy.

The device is indicated to reduce the risk of thromboembolism from the left atrial appendage in patients with non-valvular atrial fibrillation, who are at increased risk for stroke and systemic embolism, based on CHADS2 or CHA2DS2-VASc scores; are deemed by their physicians to be suitable for warfarin; and have an appropriate rationale to seek a non-pharmacologic alternative to warfarin, taking into account the safety and effectiveness of the device as compared to warfarin.

The FDA approval is based on a robust WATCHMAN clinical program which consists of numerous studies with more than 2,400 patients and nearly 6,000 patients along with a number of years of follow-up. The WATCHMAN clinical program provided strong evidence that the device can be implanted safely and reduces the risk of stroke in eligible patients while enabling most patients to discontinue warfarin. Additionally, a meta-analysis of all of the randomized trial data demonstrated that while ischemic stroke reduction favored warfarin, the  device provided patients with a comparable protection against all-cause stroke and statistically superior reductions in hemorrhagic stroke, disabling stroke, and cardiovascular death compared to warfarin over long-term follow-up.

"Today marks a defining moment in the company's journey towards establishing left atrial appendage closure therapy in the United States. Boston Scientific is proud to offer this potentially life-changing stroke risk treatment option to high-risk patients with AF who have a reason to seek a non-drug alternative to warfarin. This therapy could free them from the challenges of long-term warfarin therapy," said Mr Joe Fitzgerald, executive vice-president and president, rhythm management, Boston Scientific. He added, "FDA approval of the WATCHMAN device is another example of Boston Scientific delivering on its commitment to bring meaningful innovations to patient care."

The device has been commercially available internationally since 2009 and is the leading device in percutaneous left atrial appendage closure globally. It is registered in 75 countries and more than 10,000 patients have been treated with it.