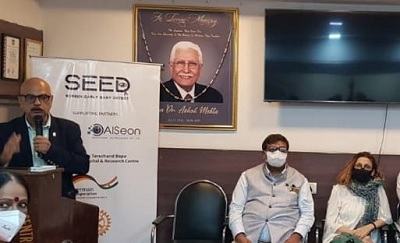 In this mission to carry out 'At Scale' screening and save lives, the German Consulate has joined hands with the Indian Relief Foundation for diabetic retinopathy.