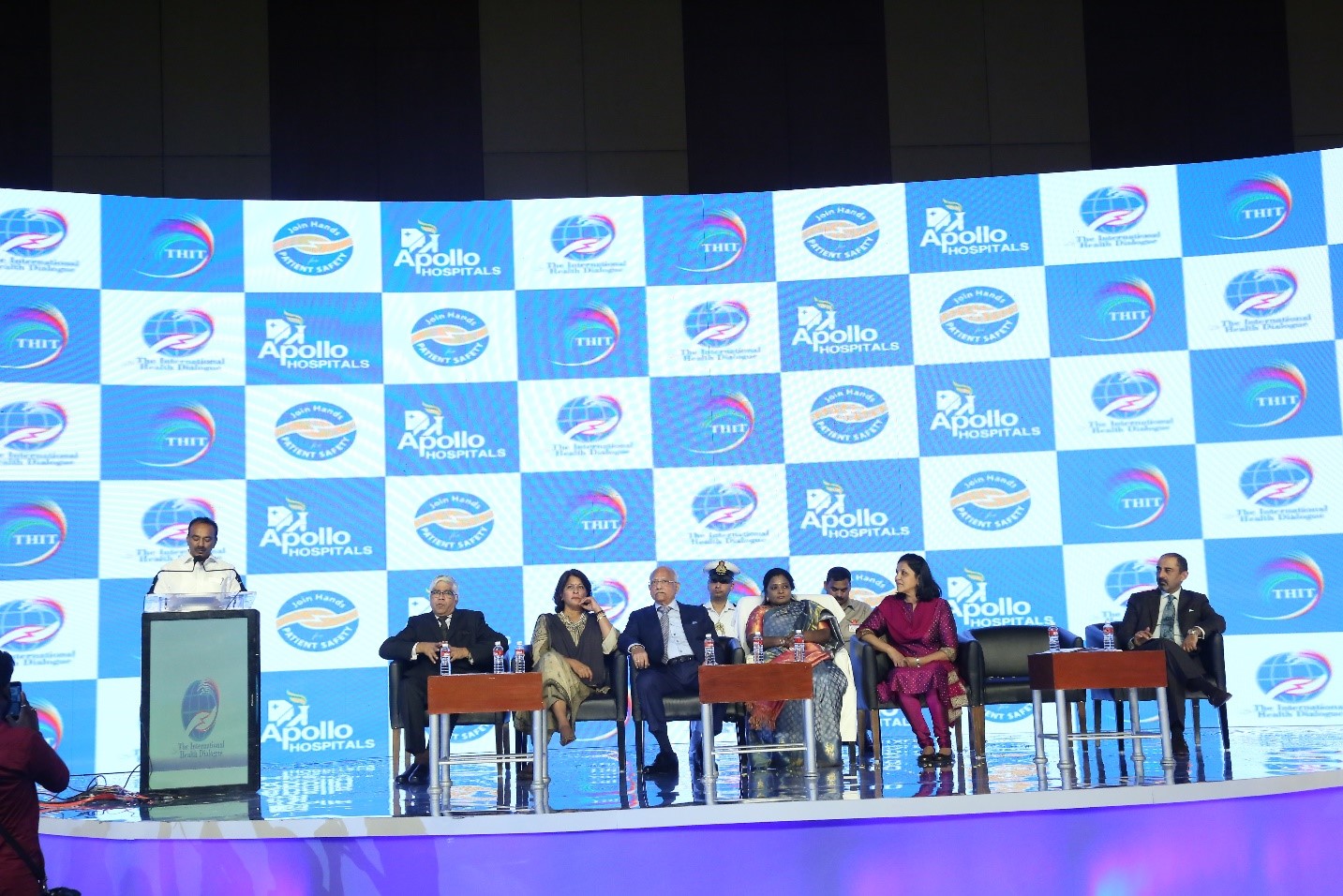 The 9th edition of Transforming Healthcare with IT (THIT), the largest healthcare & IT based International conference and trade show in India, was organized by Apollo Telemedicine Networking Foundation from 12th to 14th September 2019 in Hyderabad.

The conference saw a presence of 49 speakers from 12 countries and 780 delegates.  There were exhibitors from 47 Health IT solution providers.  Participation came in from Niti Aayog , Union Ministry for Human resources development , Union and State ministries of Health and Family welfare in addition to trade delegations from UK , Holland , Mongolia , South Korea, and several African nations.  There was a conﬂuence of technology and patient safety resulting in a genuine and action-oriented “International Health Dialogue”.

Some interesting highlights were Microsoft announcing the National Preview of the Cardiac  Risk Score , Zebra Med announcing the ML algorithm for brain bleeds, CHiME unveiling the plans for the innovation collaboration in India, and Apollo Remote Healthcare in collaboration with Zipline and Govt. of Telangana announced the launch of pilot program “Drones Delivering Medicine”.

A pre conference CHiME Masterclass on Leadership and Digital Transformation was held on 12th September 2019 and saw close to 84 delegates with CIOs from 35 hospitals and health systems in India.