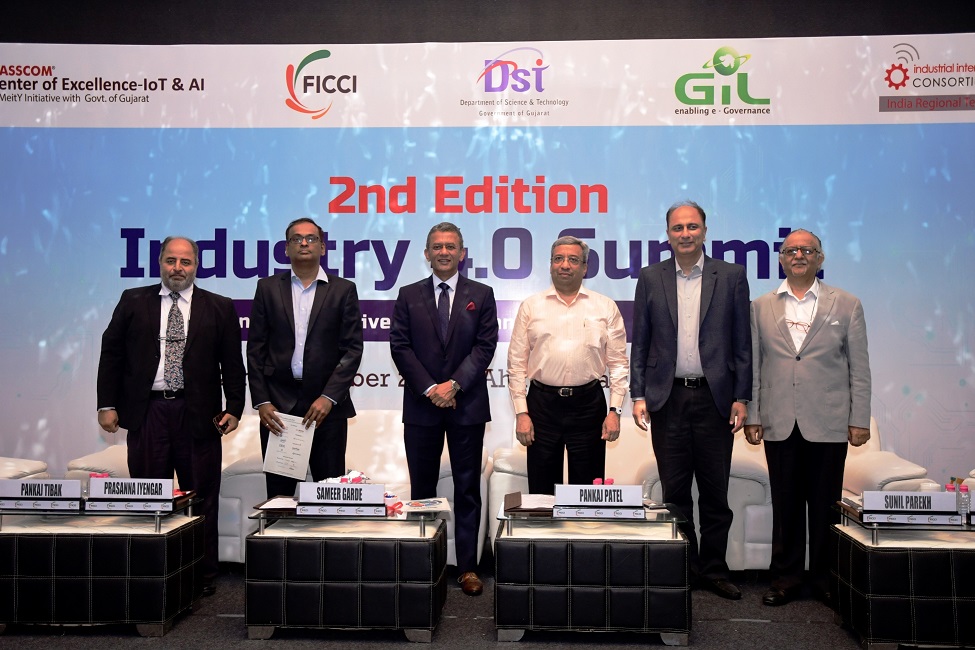 Adoption of Artificial Intelligence (AI) and Internet of Things (IoT) offer huge opportunities in healthcare and manufacturing sectors, an official from industry body NASSCOM (National Association of Software and Services Companies) said at the  second edition of Industry 4.0 Summit organized by Gujarat State Council of FICCI on the theme ‘Improving Competitiveness in Manufacturing Using AI & IoT’  on 12th September.

Delivering the inaugural address, former FICCI president Pankaj Patel  said that technology is advancing at an unimaginable pace, but stressed that adoption of latest technology is a must to become  globally competitive.

Pankaj Patel, who is also chairman of pharma major Zydus Cadila, said that technology has made it possible for them to process and make use of large amounts of data that was earlier lying unused in notebooks or in computer files.

“The data processing by use of technology will be very important to make our lives better. Lot of diseases can be cured. There are huge opportunities for use of technology in pharmaceutical and healthcare,” he stressed.

In his remarks, Sunil Parekh, Co-Chairman FICCI Gujarat State Council, said, that Artificial Intelligence is poised to be become even bigger than Information Technology.

“AI will be much more pervasive and even more of value addition than IT. We are on the cusp of a civilizational change. The way we work, we travel, we interact has changed due to IT, but AI will change it in a much deeper and more intelligent way,” he said.

Sunil Parekh said that adoption of AI and IoT is high in pharmaceutical and equipment manufacturing sectors in Gujarat.

Speaking at the Summit,  Sanjeev  Malhotra, Head NASSCOM – Centre of Excellence , said “Healthcare and manufacturing are the two most important domains. Looking at our population, we will never be able to produce as many doctors. The only answer is technology. Similar is the case with manufacturing. These are the two areas where technology can make maximum difference. NASSCOM is putting a lot of focus to take technology to end users and to show how it can solve problems.”

Incidentally, NASSCOM launched its first Centre of Excellence in Gujarat just a day earlier. The Centre will function at IIT Gandhinagar, and support the start-up ecosystem.

“New technologies are there. The Centre of Excellence will support start-ups and work with them on putting to use the home grown technologies for betterment of industry,” he said.

In response to a question, Malhotra said that Gujarat is the most advanced state when it comes to tech adoption with medium and large sized units open to adopt technology solutions.

Separate panel discussions on academia and startups & industry were also organized as a part of the Summit. Later, six mature startups across verticals took part in a startups pitching session.