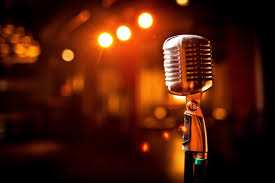 Since its inception in 2012, the event has been conducted every year in various regions, in India, to provide a platform for Biotechnology students to exhibit their knowledge.

The 'voice for BT' program, this year, was held in Shanmugha Arts, Science, Technology and Research Academy (SASTRA) University in Thanjavur, Tamil Nadu, in which undergraduate biotech students from 30 science and engineering colleges participated.

The design of the program is such that the top 2 winners from each region gets to participate in the grand finale, scheduled to be conducted in Bangalore.

India is said to be the 3rd biggest biotech industry in the Asia-Pacific region.

Biotechnology as a subject has grown rapidly and as far as employment is concerned, it has become one of the fastest growing sectors, said Novozymes India in a statement.

The employment record shows that biotechnology has a great scope in future, Novozymes India added.

The winner of the 'voice for BT' contest was bagged by Mr Sriram K from Rajalakshmi Engineering College.

The winners were awarded with cash prizes and internships at Novozymes R&D facility in Bangalore.